Loudspeaker Controversy: What does the SC order say on the use of loudspeakers? Learn 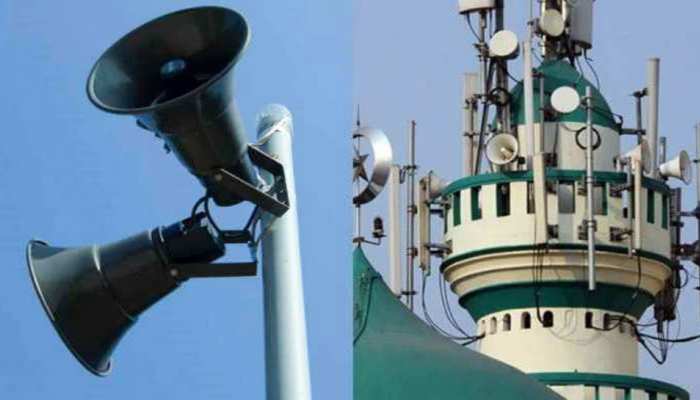 (Arvind Singh) Supreme Court Statement on Loudspeaker Controversy: Political turmoil continues across the country regarding the use of loudspeakers. In such a situation, it is important to know what has been the stand of the courts regarding permission to use loudspeakers. This issue has been arising from various High Courts of the country to the Supreme Court. There are 2 important orders of the Supreme Court regarding this. On 18 July 2005 and 28 October 2005, the Supreme Court held that a life in peace, without noise pollution is part of the ‘right to life’ guaranteed under Article 21. Other people cannot be compelled to make their point of view by referring to the freedom of expression.

In the order given on 18 July 2005, the Supreme Court had completely banned the use of loudspeakers / music systems / crackers from 10 pm to 6 am. Justice RC Lohati and Justice Ashok Bhan said in its judgment that freedom from noise pollution is a part of the right to life under Article 21. This noise interferes with people’s rights to live in peace.

Therefore, no noise pollution can be allowed between people’s sleeping time i.e. between 10 pm and 6 am. The court had held that there is no effective law to deal with noise pollution. Indian society itself is also not very much aware about the harm of noise pollution.

The Supreme Court in its judgment said that those who make noise often try to escape by referring to the right to freedom of expression guaranteed under Article 19 1(A). gives freedom. But it has to be understood that no right is absolute in itself. No one can claim his fundamental right regarding the use of loudspeaker. If someone has the right to make his point, then the person in front also has the right to listen to him or not. No one can be compelled to listen to anything. If someone is increasing the volume of his voice through an artificial device, then he is violating the right of others to live peacefully without pollution, under Article 21.

However, in the same year, in October 2005, the Supreme Court allowed loudspeakers for 15 days in a year, during religious and cultural festivals, till 12 pm. A bench of Justice RC Lohati, Justice Ashok Bhan upheld the validity of the law giving states the right to relax the rules.

Concession can be given in festivals

During the hearing, it was argued in the Supreme Court that when various civilizations emerged, the holy book was written to give religious education to the people, then there was no mention of the use of loudspeakers to spread religious beliefs anywhere. Therefore, it is not necessary at all to use loudspeakers to carry out any religious activity. Although some argue that the loudspeaker is a modern device, which every religion can make a means to convey the teachings to its followers. But it is also important to keep in mind that no religion forces you to narrate its religious beliefs to others forcibly. In its decision, the Supreme Court also cited the message of Shri Krishna to Arjuna in the Bhagavad Gita, verses from the Quran Sharif and the teachings of the Bible that religious teachings cannot be recited to anyone forcibly.