Putin posted in Ukraine that military general, who is called – ‘Butcher of Syria’ 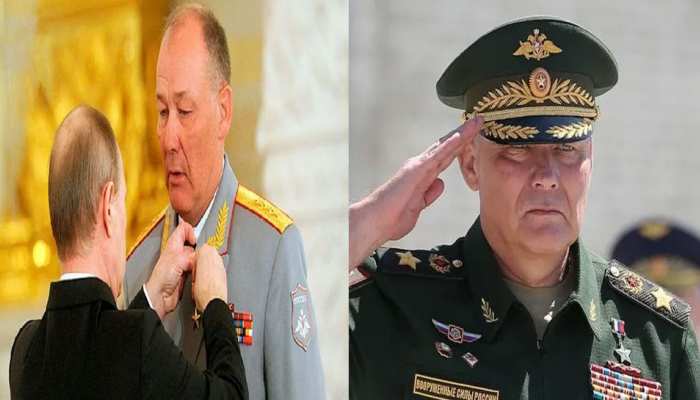 Russia-Ukraine War: Commander Alexander Dvornikov has been the commander of Russia’s Southern Military Zone. According to media reports, instead of several fronts in Ukraine, he will focus only on the Donbass region.

Moscow: Russian President Vladimir Putin has prepared a new master plan to conquer Ukraine. According to media reports, the new general to whom Putin has entrusted the responsibility of leading the army in the ongoing war in Ukraine is General Alexander Dvornikov.

This report comes as Putin’s army has intensified its campaign to capture key areas of Ukraine, including Kyiv. Meanwhile, it is also being claimed that this general is the mastermind of the recent attack on Ukraine’s Kramatorsk railway station in which 52 people including many children were killed.

Who is General Alexander Dvornikov?

Commander Dvornikov has been the commander of Russia’s Southern Military Zone. It is expected that Dvornikov will focus only on the Donbas region, rather than several fronts in Ukraine. Dvornikov, 60, took over the command of the Russian task force in Syria in 2015 on Putin’s orders. He was the first commander of Russia’s military operation in Syria when Putin sent troops in September 2015 to support the government of Syrian President Bashar al-Assad.

It is called the butcher of Syria

Let us tell you that this Russian General Dvornikov in Syria was called the ‘Butcher of Syria’ due to his brutal strategy. During that time, people’s soul was shaken after hearing about the action taken by them to crush the rebels from Russia. Dvornikov was born in 1961. Who started his military career in 1982 under the rule of the then Soviet Union. Dvornikov was awarded the title of ‘Hero of Russia’ in 2016. This general had an important role even during the occupation of Crimea. In June 2020, President Putin promoted him to the rank of General of the Army.