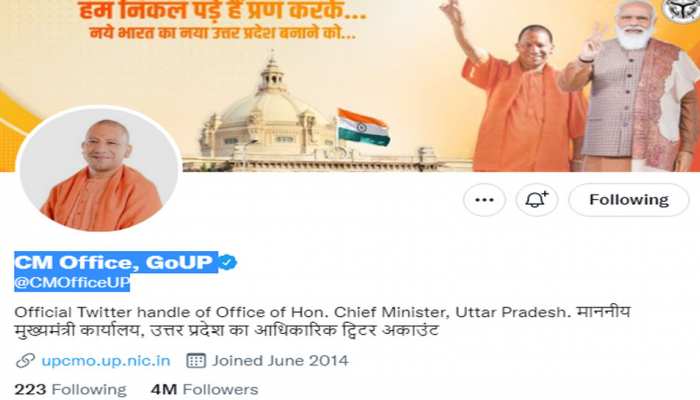 The cases of cyber attacks on the social media accounts of the government organizations of the country have increased rapidly. In the latest case, the UP government’s Twitter account @CMOfficeUP has been targeted.

Lucknow: The cases of cyber attacks on the government institutions of the country are increasing. Meanwhile, the Twitter account of the Uttar Pradesh government was hacked. This official account of Yogi Sarkar was hacked for about 9 minutes.

This account was hacked at 11.21 am today. Which has been recovered in a short time. Let us tell you that this is the fourth official Twitter account of India that has been hacked in the last 3 days. At the same time, the Twitter handle of Punjab Congress was also hacked some time back. After hacking this account, there was a tweet about NFT trading. Hackers tagged many unknown people and made many tweets.