Viral Video: Two rats seen wrestling like humans, will be stunned to see the video 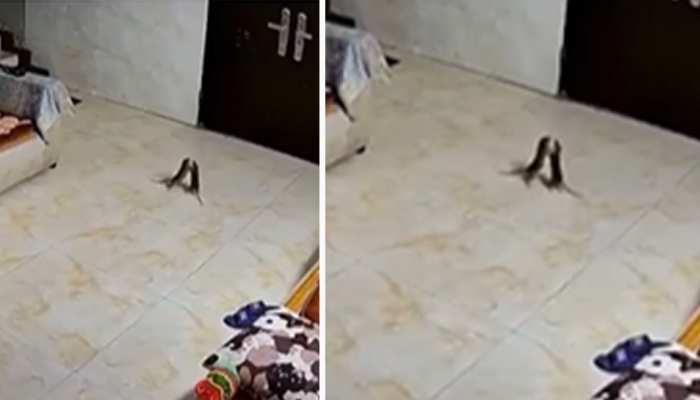 Rat Wrestling Video: You can see two rats standing and fighting like humans. This video has surprised social media users. This funny incident was captured in the CCTV camera. You can see that when both the rats fight like humans…

Rat Wrestling Video: Not only humans, there is a fight for prestige between animals and animals too. Sometimes this fight is so terrible, that seeing it is not believed. A similar video is becoming increasingly viral on social media these days. This fight takes place between two rats. The most unique thing in this video is that both the rats are seen wrestling like humans.

Social media users are also surprised to see the Rats Fight in the video. You can see both the rats standing and fighting like humans. This video has surprised the users. This funny incident was captured in the CCTV camera. You can see that at the time when both the rats were fighting like humans, a person was sitting there. However, that person did not see this incident with his own eyes, because the rats were fighting behind that person.

It can be seen in the video that a person is sitting on the sofa and watching something in the mobile. Meanwhile, two rats are seen running after him on the floor. After this, both stand like humans and start fighting with each other. It can be seen in the video that first both try to bite each other. After this, standing on two feet, both of them start wrestling like humans. After fighting for a while, the two go their separate ways. watch video-

The mouse starts roaming near the person

After this, a mouse is seen roaming near the head of the person sitting on the sofa. During this the person realizes that there is something near his head, although he does not pay much attention to it. The man is busy operating his mobile. The video has been shared with an Instagram account named discovery.engenharia. The video is so tremendous that it has got more than 2 million views so far.