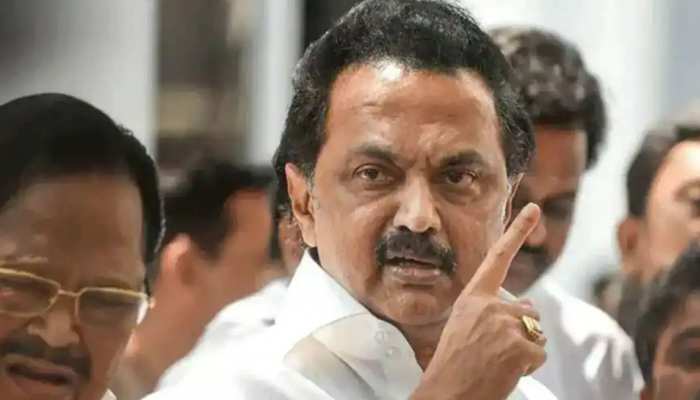 Sri Lanka Economic Crisis: Due to the ongoing serious economic crisis in Sri Lanka, hundreds of Sri Lankan Tamil citizens are fleeing from there to India. To help such people, now Tamil Nadu Chief Minister MK Stalin has appealed to the Central Government.

Request to release the fishermen of the state

In a letter to External Affairs Minister S Jaishankar, Chief Minister Stalin has also requested the Center to intervene immediately on the 12 Indian fishermen caught by the Sri Lankan Navy on March 23. He demanded that the central government should provide all legal aid to those fishermen, so that the way for their early release could be cleared.

Chief Minister Stalin (MK Stalin) came to Delhi in March and met PM Narendra Modi. During that too, he had apprised PM Modi of the Tamil Nadu government’s desire to provide essential commodities and life-saving medicines to Sri Lankan Tamils ​​who were suffering the brunt of the economic crisis in Sri Lanka.

Stalin, in his letter to External Affairs Minister Dr S Jaishankar, said, ‘During our recent telephonic conversation on 7 April 2022, I had focused your attention on leaving my country due to the economic crisis. Sri Lankan Tamils ​​who are being forced are reaching Tamil Nadu. Which is slowly taking the form of a humanitarian crisis. I also informed that such measures may be considered after due consultation with the Indian Mission in Sri Lanka.

Stalin wants to send a ship full of food grains

The Chief Minister said in the letter that the Tamil Nadu government wants to send food grains, vegetables, medicines and other essential items to Sri Lanka through Thoothukudi port. These goods would later be delivered to Sri Lankan Tamils ​​living in the northern and eastern parts of Sri Lanka. Along with this, help will also be provided to those working in tea gardens.

CM Stalin said in the letter, “Now it has been informed that the Central Government has started sending ships to deliver food and other essentials to Sri Lanka. And would like to reiterate the commitment of my government to supply essential items including medicines to Sri Lankan Tamils.I request that this assistance be extended to the people facing severe economic crisis in Sri Lanka at the earliest. .

Request to release fishermen from captivity

Stalin, in his letter, also drew the attention of External Affairs Minister Dr Jaishankar to the 12 Indian fishermen who were arrested on March 23 this year from the Sri Lanka-India coast. Stalin said that the court of Kilinochchi has adjourned the case till May 12. Along with this, orders have also been given to deposit a bond of Rs 2 crore each to release all the 12 fishermen.

Chief Minister Stalin (MK Stalin) said that this is a huge amount, which the caught fishermen cannot give. They are all lodged in Jaffna jail these days. Stalin also urged to provide legal help to those fishermen in this regard and get them released soon.