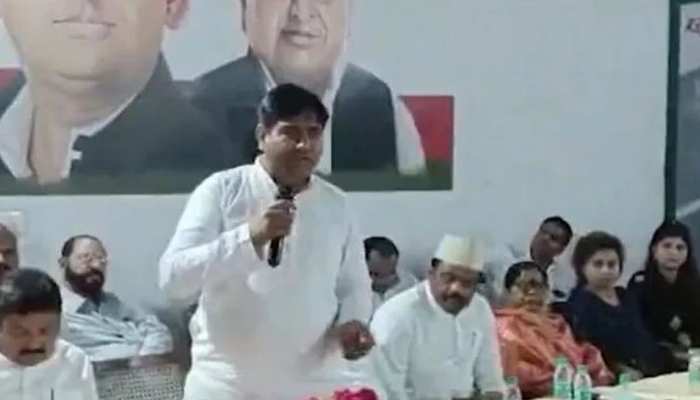 Bareilly: After the petrol pump was demolished, Samajwadi Party (SP) MLA Shajeel Islam Ansari has now received a notice from the Bareilly Development Authority (BDA) for making maps and encroachment of his house, marriage hall and farmhouse. He had made objectionable remarks on CM Yogi.

A BDA official alleged that the MLA’s farmhouse was built on the waqf land while the marriage hall was built on the land allotted for the graveyard. The BDA has also written a letter to DM Shivkant Dwivedi asking for an inquiry as the petrol pump that was demolished earlier was allegedly built on land falling under the Ceiling Act. The DM later asked the sub-divisional magistrate of Sadar to investigate the matter and file a report on the same.

Now the marriage hall of the MLA can be broken

Joginder Singh, Vice-Chairman, BDA said, “The petrol pump was constructed without the approved map and preliminary No Objection Certificate (NOC) for it was issued with the condition of approval of the map within 30 days which was not completed. Happened. All our work has been done in accordance with the law. He said that a notice has been served to the owner of the marriage hall and the farmhouse. It was found that the construction was done by encroachment without permission from BDA.

Meanwhile, MLA Shajeel Islam Ansari has remained silent on the matter and is not coming forward for any comment. However, SP state president Naresh Uttam Patel said that the party would raise the issue in the Legislative Assembly session.