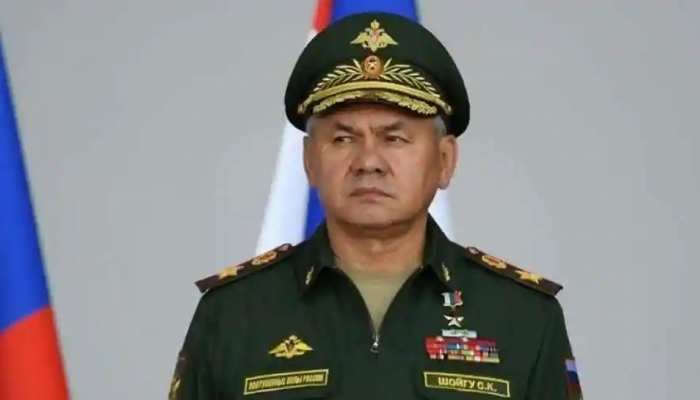 Russian defense minister heart attack: Since the start of the war on 24 February, the Russian army in Ukraine has been forced to change tactics and face many difficulties. Now a big claim has been made about his heart attack.

Russian defense minister heart attack not natural: The war between Russia and Ukraine continues. Meanwhile, 66-year-old Sergei Shoigu, the Defense Minister of Vladimir Putin, has not been seen for the past few days. It is being said that he has suffered a heart attack. He is currently fighting for his life. The reasons for this are also not being told natural. A businessman has claimed that the defense minister’s heart attack is not a normal or natural incident.

Sergei out of the game

According to the news of our partner website WION, Sergei is in ICU these days. According to the opponent of Russian President Vladimir Putin, this position of Defense Minister is not due to natural reasons. Russian businessman Leonid Nevzlin, 62, said on Facebook, ‘Sergei is out of the game, if he survives he may be disabled. He suddenly had a heart attack. He is in ICU and is fighting the battle of life through machines. Rumor has it that the heart attack was not due to natural causes.

Nevzlin, a Russian-born Israeli businessman and philanthropist, made these claims citing unnamed sources in Moscow. Nevjlin further alleged that in a separate case of ‘corruption’ worth 7.6 billion pounds, around 20 Defense Ministry generals have been detained.

so there may be conspiracy

According to the report of The Mirror, these developments could be an attempt to deter or deter potential coup perpetrators in Russia. Talking about the corruption case where many officials have been arrested or detained. Speaking on this, former co-honor of exiled oil giant Yukos Nevjlin said, ‘Everything is clear here – money was embezzled to prepare to take everything in hand. Putin had an eye on Ukraine’s leadership since 2014. That’s why about 10 billion US dollars distributed by Putin has disappeared.