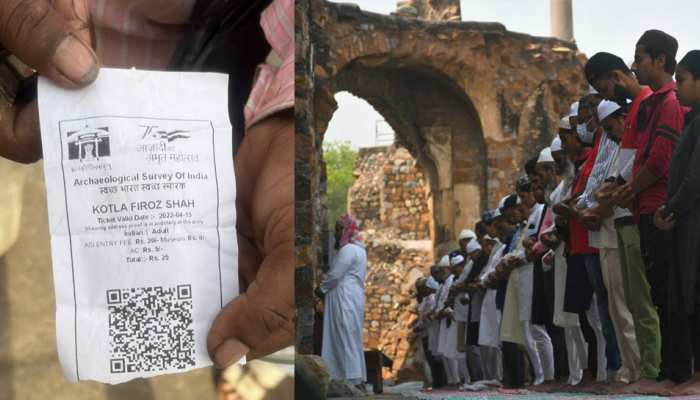 Firoz Shah Kotla Namaz: Now ASI is charging Rs 25 from those who offer Namaz in Firoz Shah Kotla. That’s why people have started coming less in this mosque.

So the ticket started

Actually, this decision has been taken by the Archaeological Survey of India (ASI) because Kotla is a historical building and the responsibility of its maintenance is also with him. Earlier, a large number of people used to come and many times they had to face a lot of difficulties due to the crowd.

Why the exemption to the worshippers?

Apart from this, this decision has also been taken because people said that when the common tourist is coming here by paying money, then why should only those who offer Namaz be exempted from it. If he wants to offer Namaz, then bring a ticket and go after offering Namaz.

The people of the Muslim community are angry

However, the people of the Muslim community who offer Namaz in Kotla are angry with this decision. Mohammad Umar, who came to offer Namaz, told that he has been coming here to offer Namaz since last year and before now there was no ticket. But now this new decision of ticketing will cause problems for them. This problem will also happen to those people who are very poor.

People who are not coming to offer namaz with tickets

However, ASI has not banned anyone from offering Namaz and people also came to offer Namaz with tickets. But before the ticket of Rs 25, very few people reached the number and this decision has been taken only so that there is no discrimination of any kind.