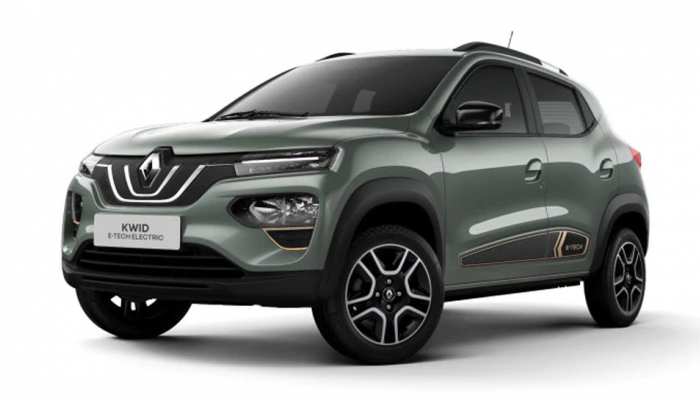 Renault has launched the electric avatar of the company’s popular car Kwid in the Brazilian market. There the price of Kwid Electric E-Tech has been kept at 1.43 riyals, which is about 23 lakh rupees in Indian currency. Please note that once it is fully charged…

New Delhi: Renault’s affordable 5-seater car Kwid is very much liked in India and now the company is going to launch this car in an electric avatar. For the first time, Renault Kwid Electric was seen during testing in Brazil named Kwid E-Tech and now the company has launched Kwid E-Tech in the Brazilian market. The price of this car is around 1.43 lakh riyals, which in Indian currency is about 23 lakh rupees. The new electric car is based on the Kwid facelift but its front grille and many parts are seen to be from the Chinese model. The company has not yet shared any technical details of the Kwid e-Tech, although sources say that it will be offered in a very powerful powertrain for the European market.

Will be launched in India soon!

The current electric hatchback sold in Europe makes 44 horsepower and 125 Nm of peak torque. The car is powered by a 26.8 kW-R battery pack that gives a range of around 298 km on a single charge. The same battery pack has also been given in the City K-Z which gives a range of 265 km. The company claims that a smaller battery will be installed in the new car, which will not only be more powerful, but will also take less time to charge. In 2020, Renault had said that the electric Kwid can be launched in India in the next two years, although now the company has said that it will not be launched in the country very soon.

Renault India is currently looking at launching a fully electric premium Megane e-Tech crossover in the Indian market. Renault Kwid has been present in India since 2015 and it is the company’s car that drives up sales tremendously. In 2019, the facelift model of this car was brought to the country, with which two petrol engines were available, these include a 0.8-liter engine with 54 horsepower and 1.0-liter engine with 68 horsepower. These engines come mated to a 5-speed manual with a 5-speed automatic gearbox. It competes with cars like Datsun RediGo and Maruti Alto. In China, this car is sold under the name City K-Zai.