Historian dies in firing during DJ dance at wedding, 6 including the groom in custody

New Delhi : In Sikar district of Rajasthan, firing was also done in the air during the dance and song in the celebration of marriage. However, the firing changed the mood of joy into mourning. One person was killed and several others were injured in the firing. The incident took place during the firing of marriage in Kirdoli village of Nechwa police station area of ​​Sikar district on Saturday. In which 3 people including the groom were injured. Police have detained five to six people, including the groom, for questioning. The seriously injured person has been admitted to Sawai Man Singh Hospital in Jaipur. Nechwa police station in-charge Bimla Budania told that Sangram Singh, a resident of Kirdoli, was married on Sunday. 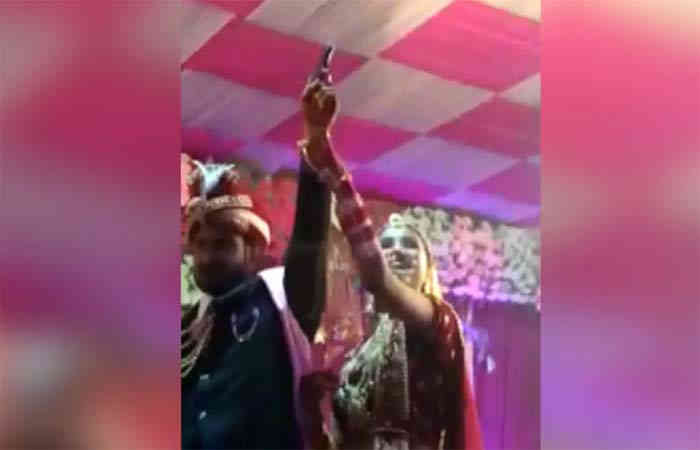 After Preeti Bhoj, a dance-singing program was held at his house in the night. Jodhpur resident historian Suresh Singad was shot dead when a DJ was dancing on the dance floor. The groom Sangram Singh, Shyam Singh, a resident of Mehrauli and Gajendra Singh, a resident of Shahpura, were injured. Historian Suresh Singad, who was injured in the firing, died during treatment in Kuchaman, police said. Shyam Singh, who was injured in the accident, has been admitted to SMS Hospital in Jaipur in a critical condition. Police sub-inspector Bimala said five to six others, including the groom, were being detained and questioned in connection with the incident.

He said that after the postmortem on Sunday, the body of deceased Suresh Singad has been handed over to his relatives. According to the police, the deceased was Jodhpur historian Suresh Singad. There are 13 cases registered against him under different sections in different police stations. The injured groom Sangram Singh is also guilty. Many cases are registered against the groom in Jaipur police station. He lived in Jaipur for about 20 years. He had come to the village only for marriage. However, the police is still gathering information about who fired the bullet.