However, till now no statement has come from Bhagwant Mann regarding free electricity. Earlier, Bhagwan Mane had claimed that he would make a big announcement for the people of Punjab on April 16. Now the government has announced through advertisements in newspapers that 300 units of free electricity will be provided in Punjab from July 1. 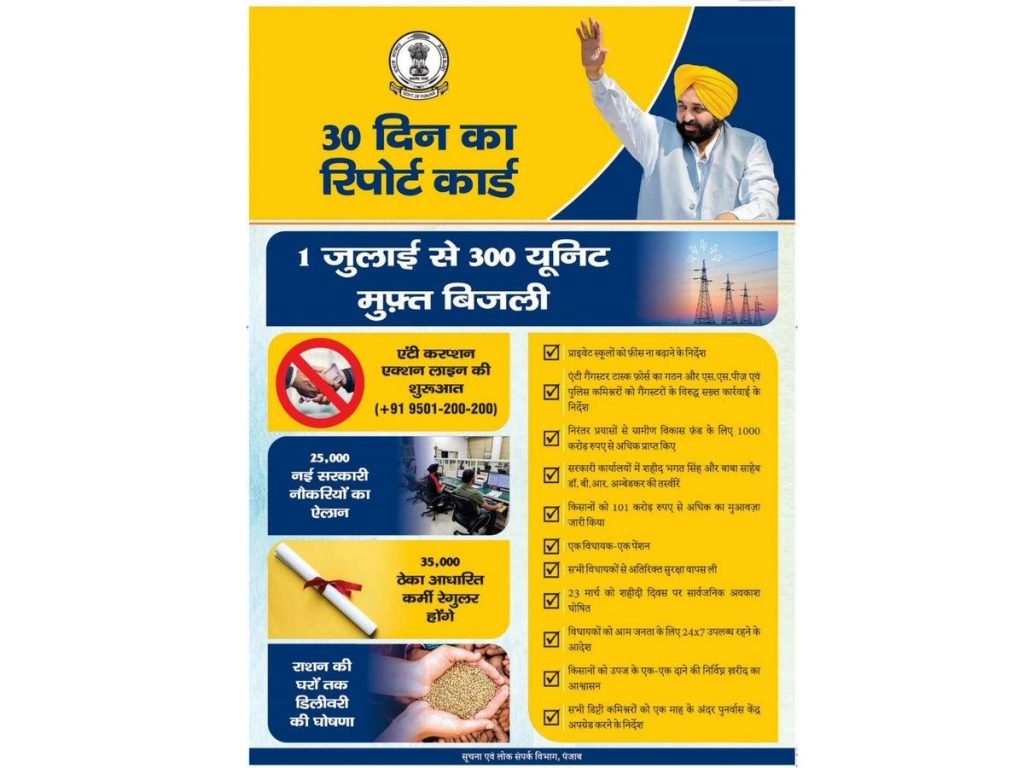 It is to be known that recently Punjab Chief Minister Bhagwant Mane had a meeting with Delhi Chief Minister Arvind Kejriwal. In the meeting, there was a long discussion on how to provide 300 units of free electricity under ‘Kejriwal’s first guarantee’. After this meeting, Bhagwant Mane said, ‘I will give a good news to the people of Punjab very soon.

Along with this, CM Bhagwant Mann will give appointment letters to about 800 candidates. The selection process was completed by the Punjab State Transmission Corporation Limited (PSTCL) before the election. Appointment letters will now be given to Assistant Lineman, Accounts Officer, UDC, LDC, SDO, JE.