‘Bharat Mera Desh’ and ‘Mere Desh Ki Dharti’ are being shown on the same day, here is the release date

The release dates of Marathi film ‘Bharat Majha Desh Aahe’ and Hindi film ‘Mere Desh Ki Dharti’ have been announced. The special thing is that both these films are releasing on the same day i.e. on May 6. Let’s know about these two films-

Puberty is an unknown combination of self-confidence and consciousness. Today’s youth is busy doing something new. Carnival Motion Pictures’ Hindi film ‘Mere Desh Ki Dharti’, which tells the story of two young engineers fighting for the progress of the country. The country is changing is coming in front of the audience on 6 May. Any work done with unity for the sake of the country is always remarkable and successful, be it the politics of the country or the invention of creativity. The film is about how two engineers transform a young village by inventing new ideas.

Agriculture has always been the backbone of our country. The film ‘Mere Desh Ki Dharti… Desh Badal Raha Hai’ will unfold a light-hearted and interesting story of how two young engineer become farmers to create the urge to do something different. The film is directed by Faraz Haider. The film stars Enamulhak, Brijendra Kala, Rajesh Sharma, Atul Srivastava, Farooq Zafar along with Mirzapur fame Divyandu Sharma, Anupriya Goenka and Anant Vidhat.

Through the film ‘Mere Desh Ki Dharti’, the real situation of urban and rural areas has been commented on. Vaishali Saravankar, Founder and Director, Carnival Motion Pictures believes that ‘Mere Desh Ki Dharti’ is an art form that brings youth to the country with revolutionary ideas.

The release date of the film ‘Bharat Majha Desh Aahe’ directed by Pandurang Krishna Jadhav has been announced recently and the film will be released on May 6. The film stars Rajveer Singh Raje Gaikwad and Devanshi Sawant along with child actors Mangesh Desai, Shashank Shende, Chhaya Kadam and Hemangi Kavi.

The film’s director Pandurang Jadhav says, “It is a patriotic film, but the story of this film is very different. This is a family film that every child should watch. India is my country. The cast of this film is very energetic and everyone has a good expression. This film is a positive direction.”

The story of the film ‘Bharat Majha Desh Aahe’ is by Pandurang Krishna Jadhav and the screenplay and dialogues are by Nishant Natharam Dhapse. The film’s lyrics are by Sameer Samant and music is by Ashwin Srinivasan. Nilesh Gawand is the compiler and Nagraj is the cinematographer. 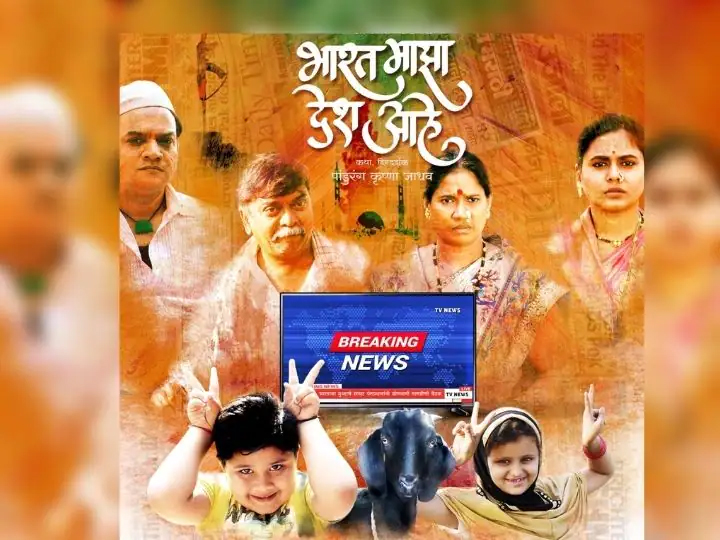