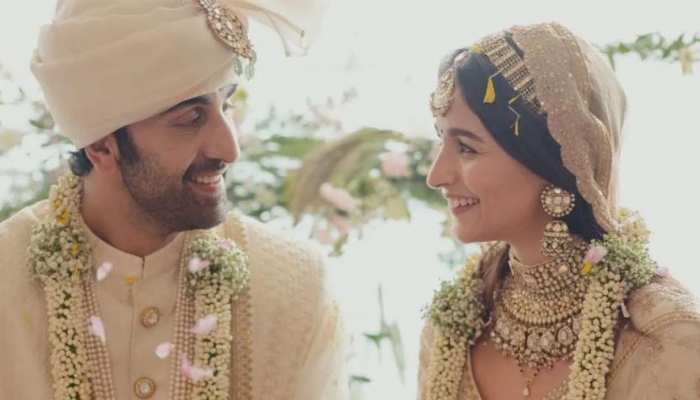 Ranbir Alia Reception: Ranbir Kapoor and Alia Bhatt hosted a reception party for their special friends and close friends, in which many stars attended. The special thing is that Malaika Arora also reached this party, who was seen in public for the first time after the accident.

Ranbir Alia Reception: Ranbir Kapoor and Alia Bhatt have tied the knot. Couple’s wedding photos and videos are going viral on the internet. Meanwhile, on Saturday, Alia and Ranbir held a reception party at their Mumbai home, Vastu, in which many big stars attended.

These stars arrived at the reception party

Many stars attended this reception party of Alia and Ranbir. Many pictures are viral on social media, in which celebs were spotted outside Ranbir and Alia’s house. Arjun Kapoor, Karisma Kapoor, Karan Johar, Soni Razdan, Shaheen Bhatt and many others are included in this list. At the same time, Malaika Arora also reached to attend this party. The special thing is that Malaika has appeared in public for the first time after the car accident.

Recently, Alia shared pictures of Mehndi Ceremony on Instagram account, which are viral on the internet. It can be seen in the photos that Ranbir Kapoor and Alia Bhatt are seen having a lot of fun during the Mehndi Ceremony. In the first photo, Ranbir and Alia are seen getting romantic. Both have hugged each other with love.

Sharing the pictures, Alia Bhatt wrote, ‘Mehndi ceremony was such, which was beyond our dreams. It’s been a very lovely day. Family and our best friends. Lots of french fries. A surprise performance by the boys. Ayan was playing DJ. Mr Kapoor did a big surprise (my favorite artist performed on my favorite songs). Tears of joy and joyful moments with the love of my life.