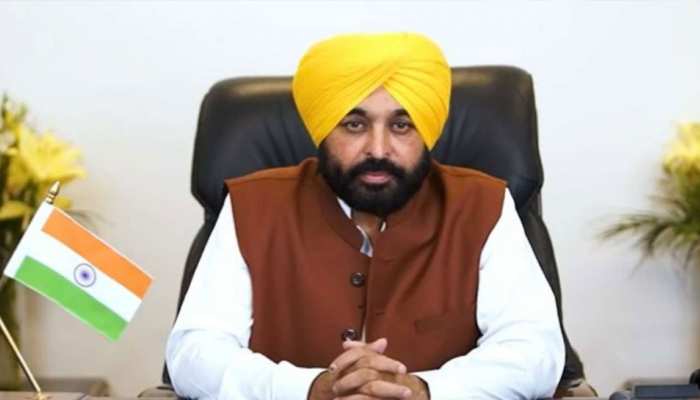 Police Complaint against Bhagwant Mann: Punjab Chief Minister Bhagwant Mann has hurt the sentiments of the Sikh community by visiting the Gurudwara in a drunken state. In this case, now SGPC has demanded an apology from the CM of Punjab. Along with this, a complaint has also been registered against him.

Police Complaint against Bhagwant Mann accused of Drink entry in Gurudwara: The Shiromani Gurdwara Parbandhak Committee (SGPC) has demanded an apology from Punjab Chief Minister Bhagwant Mann for allegedly breaching the ‘deity’ of the Guru’s Dham by visiting the Gurdwara in a drunken state.

2 days ago allegations against Punjab CM

The SGPC has made this demand when two days ago on Thursday, Shiromani Akali Dal (SAD) chief Sukhbir Singh Badal accused Mann of going to Takht Damdama Sahib in Bathinda intoxicated. However, the ruling Aam Aadmi Party (AAP) termed the allegation as “false and baseless”.

The SGPC has demanded an apology from the Chief Minister saying that his departure in the state of intoxication is a violation of ‘Sikh dignity’ and against the sanctity of the Guru’s Dham. In a joint statement SGPC Senior Vice President Raghujit Singh, Junior Vice President Surinder Singh and General Secretary Karnail Singh Panjoli said, “Forgetting the sanctity of Guru’s Dham by the Chief Minister of Punjab is not only an insult to the constitutional post but also the height of immorality.”

insult to the sikh community

He said, ‘Bhagwant Mann should immediately apologize to the Sikh community and he should take care of the sentiments of the Sikhs and the ‘maryada’ of the Guru’s Dham. BJP’s Delhi unit leader Tajinder Pal Singh Bagga on Saturday said that he has lodged a police complaint against the Punjab Chief Minister.

Demand for strict action by tweeting

Bagga tweeted, “I have lodged a police complaint against Punjab Chief Minister Bhagwant Mann for entering Gurdwara Damdama Sahib in an intoxicated state. I request the Director General of Police, Punjab to take action on my complaint.

The Punjab Police had recently registered a case against Bagga for making provocative statements, spreading enmity and criminal intimidation on the complaint of an AAP leader. Bagga had targeted Kejriwal over the film ‘Kashmir Files’.