DNA on Shehbaz Sharif: How many stains on the arm of the new PM of Pakistan? 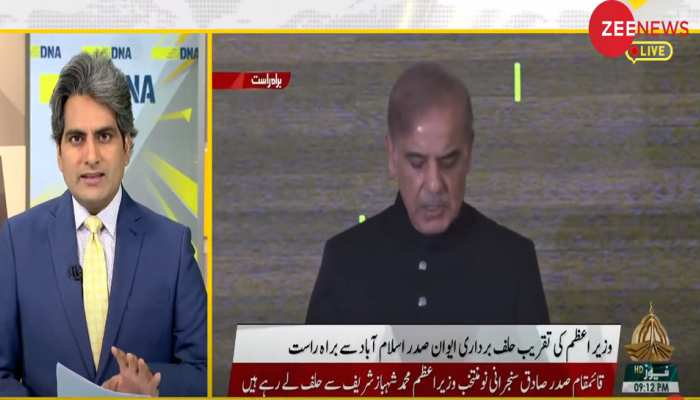 Now Shahbaz Sharif has become the new Prime Minister in Pakistan and this simply means that now Pakistan’s inclination towards China may increase further. He has already benefited Chinese companies and after becoming PM, it will accelerate further.

New Delhi: Shehbaz Sharif is a very big businessman of Pakistan and understands politics as well as business very well. In his very first speech on Monday, he raised the issue of Kashmir and also told that China is Pakistan’s best friend. During his speech in the National Assembly, Shahbaz Sharif has said three big things.

The first thing he said was that relations with India could not be strengthened without talks on Kashmir. Apart from this, he also said that he will raise the issue of Kashmir in all international forums. Secondly, China is a special friend of Pakistan and this friendship will never be broken because of any third country. Shahbaz Sharif also described China as a partner of Pakistan’s happiness and sorrow. Thirdly, he said that his government will get the role of Imran Khan investigated and this investigation will not be limited to any one case. That is, whether there is a case of tampering with the constitution or the role of other countries in his government, Shahbaz Sharif can file many cases against Imran Khan.

Who is Shahbaz Sharif?

Before joining politics, Shahbaz Sharif was recognized as a big businessman of Pakistan. In the year 1986, he founded the Ittefaq Group, which is still a big name in the construction and steel industry. The big thing is that in the year 1990, Shahbaz Sharif was the owner of property worth only 21 lakh rupees. But in 2018, his assets had increased to Rs 732 crore.

This increase in his wealth also happened when he entered active politics in 1988, two years after the formation of Ittefaq Group, and after that in 1997 he became the Chief Minister of Punjab province of Pakistan for the first time. Then in the year 2008 and in the year 2013 also he again became the Chief Minister of Punjab province. It was at the same time, when the Prime Minister of Pakistan was his elder Nawaz Sharif and during the tenure of Nawaz Sharif, two serious allegations were made against Shahbaz Sharif.

The first allegation was that while being the Chief Minister of Punjab province, he wrongly benefited his companies and invested in them by forming many fake companies in Tax Haven countries. The second allegation was that when he was the Chief Minister of Punjab province, his government had done maximum trade deals with China.

This is from the year 2016, when Shahbaz Sharif went on a tour of China and during this time he signed a total of seven trade deals and 17 Memorandum of Understanding regarding investment. It is alleged that Shahbaz Sharif benefited big Chinese companies under these agreements. Think, now that he has become the Prime Minister of Pakistan, then how strong will this partnership with China become.

What will happen to Imran Khan now?

Shahbaz Sharif is considered a very angry leader and he loses his cool many times while giving speeches. They also throw Mikes in front of them and after becoming the Prime Minister, it is being said in Pakistan that now the media there is very scared that what will happen to their Mikes now?

A video also surfaced of Nawaz Sharif’s daughter Maryam Nawaz and Shahbaz Sharif hugging in the National Assembly of Pakistan. This video is telling that now there will be one family government in Pakistan.