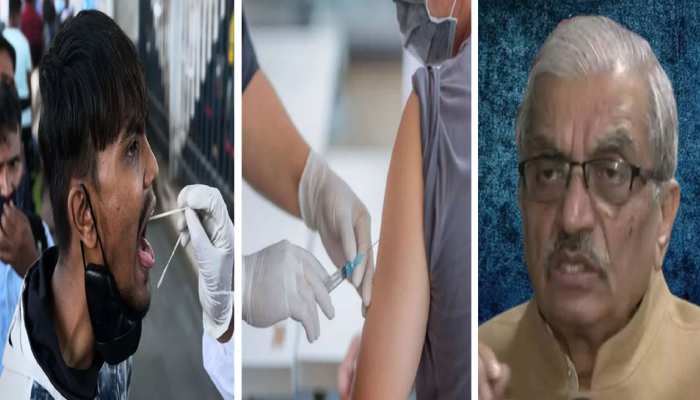 Many important steps have been taken to stop the spread of corona in the country. Meanwhile, the XE variant of Kovid-19 is being discussed fiercely. In such a situation, the head of the country’s National Technical Advisory Group (NTAGI) Dr. NK Arora has given an important statement.

New Delhi: Amidst the ongoing discussion about the XE variant of Coronavirus, the head of the country’s National Technical Advisory Group (NTAGI) Dr. NK Arora has said a relief. Dr. Arora has said that people need not worry about this variant of Kovid.

According to Dr. NK Arora, the Omicron variant of Kovid-19 is promoting many other new variants of this virus. These include variants of the X series, such as the XE strain originating from the UK. But none of this is going to cause serious trouble. Such variants will continue to come even now.

Omicron giving rise to many new variants. It is of X series like XE & others. These variants will keep on happening. Nothing to panic about… At the moment from Indian data it doesn’t show a very rapid spread: NK Arora, Chairman, Covid working group NTAGI pic.twitter.com/fu5E3QmdoJ

no need to worry

Let us tell you that Dr. Arora said that there is no such thing as panic right now. According to the figures that are being received at the moment, this variant does not seem to be spreading very fast in India. The WHO has described the XE variant as derived from the BA.1 and BA.2 strains of the Omicron variant. According to WHO, the new XE strain of corona virus is 10 percent more contagious than Omicron.

The first case of XE strain in India has been found in Gujarat. Earlier, a woman in Mumbai was said to be suffering from this variant but that claim was rejected by the Union Health Ministry. Is Omicron as well as the Russian vaccine Sputnik V effective on the new variant XE of the corona virus? The Russian company has made a big claim about this. The company says that its Sputnik Lite, Sputnik-V and Nozzle Vaccines have been found to be effective on all the latest variants of Corona.