PAK: Deputy Speaker denies reports of resignation, will be involved in the proceedings of the House 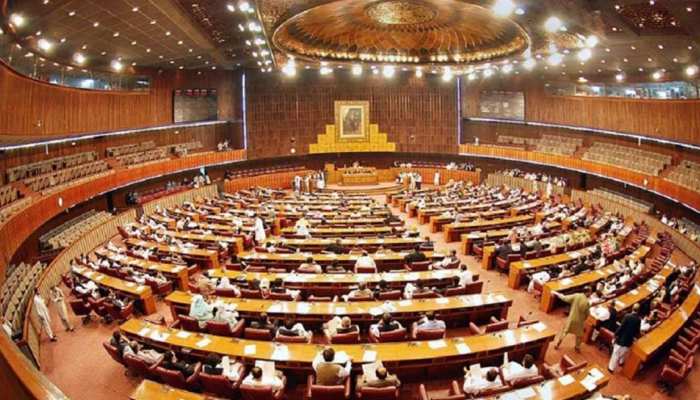 The news also came that Deputy Speaker Qasim Suri has also resigned. But on Monday this news was denied and it was said that the deputy speaker would attend Monday’s proceedings.

Islamabad: There was a lot of political turmoil in Pakistan on Saturday night. Meanwhile, Asad Qaiser, the Speaker of the National Assembly of Pakistan, also resigned from his post. He also played his 30-year-old friendship with Imran and said that he will not vote against Imran. Meanwhile, news also came that Deputy Speaker Qasim Suri has also resigned. But on Monday this news was denied and it was said that the deputy speaker would attend Monday’s proceedings.

Deputy Speaker did not resign

Refuting the news of the deputy speaker’s resignation, the National Assembly Secretariat on Sunday clarified that Suri has not resigned from his office. Local media reported that he would preside over the crucial National Assembly on Monday to elect a new prime minister. Let us tell you that the process of formation of Shahbaz government will start in Parliament on Monday.

Let us tell you that Pakistan’s Minister and National Assembly Speaker Asad Qaiser resigned from his office on Saturday ahead of the vote of no confidence against former Prime Minister Imran Khan. Kaiser also said before his resignation that he would not vote on the no-confidence motion against Imran, even if he had to go to jail.

Amidst the news of the resignation of the Speaker and the Deputy Speaker, the new Speaker was elected in the Pak Parliament, then he got the vote of no confidence voted on and the government fell.