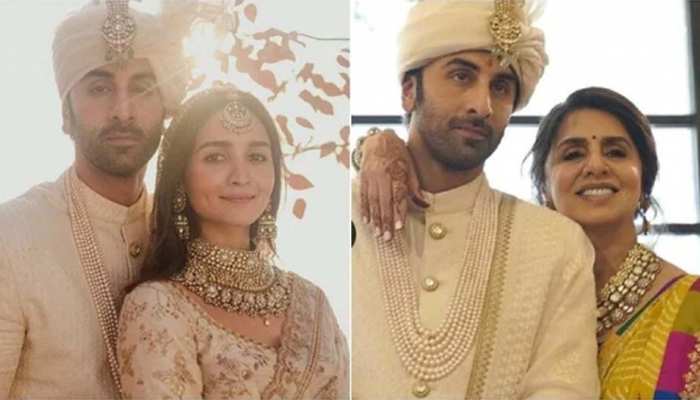 Ranbir Alia: Neetu Kapoor’s son Ranbir Kapoor has made Alia Bhatt his companion. After the marriage of Ranbir and Alia, Neetu Kapoor has returned to work. These days she is judging the show ‘Dance Deewane Juniors’. In this show, Neetu told who is running at her house.

Colors has shared a promo of the show ‘Dance Deewane Juniors’ on its official Instagram account, in which Nora Fatehi calls the word mother-in-law as sass and asks Neetu, ‘Have you learned sass? To this Neetu replies that this sass and swag are getting so much work for me. Meanwhile, host Karan Kundrra says, ‘Sass is coming because daughter-in-law is also coming.’ On this Neetu Kapoor says, it has come. Karan then asks, ‘Who is walking at home? Mother-in-law or daughter-in-law?’ In response to this, Neetu says, ‘Khali daughter-in-law. I want only the daughter-in-law to walk. It is known that this show will premiere from April 23, 2022.

Earlier, Neetu Kapoor posted a photo on Instagram account, in which she was seen with son Ranbir Kapoor. In the picture, Ranbir Kapoor was seen in the groom’s clothes. At the same time, his mother Neetu looked very beautiful in a traditional look wearing a sari. Posting this photo, Neetu wrote in the caption, ‘This photo is dedicated to Kapoor Sahab (Rishi Kapoor). Today your wish has come true.

The couple got married on 14 April

It is known that Rishi Kapoor loved the chemistry of Alia and Ranbir. He wanted Ranbir and Alia to get married as soon as possible. But this could not happen in his life. Rishi Kapoor passed away in the year 2020. Eventually, his wish came true after two years. Let us tell you that Ranbir and Alia got married on April 14. The Kapoor family and some close friends attended the couple’s wedding.