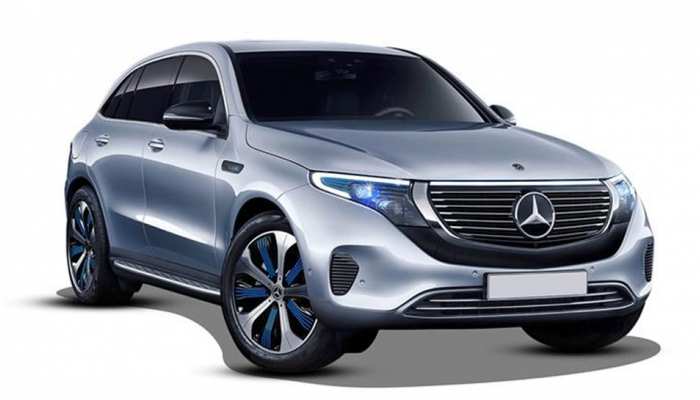 Mercedes-Benz launched its first electric SUV in India in October 2020 and now the company has given a bumper discount of Rs 7 lakh on the EQC. In a single charge, this electric SUV can be driven up to 471 km and it can do 0-100 km / h in just 5.1 seconds.

Mercedes-Benz EQC Electric SUV: Mercedes-Benz started green mobility with the EQC electric SUV in the Indian market and now the company has given a bumper discount on this e-SUV. This German-based automaker has given a discount of Rs 7 lakh on EQC. Customers can now buy this luxury SUV for Rs 99.5 lakh. The company launched the EQC in October 2020 at an ex-showroom price of Rs 99.3 lakh and has now reduced the price to almost the same time frame. Let us inform that due to the increase in prices twice, the ex-showroom price of EQC had reached Rs 1.06 crore.

Mercedes-Benz has updated the EQC electric SUV with an 11 kW charger that can be used with the EQC 400 4Matic. The EQC gets a dual motor setup that includes one motor each for the front and rear. This makes this SUV 4 wheel drive, which Mercedes has named 4matic. The EQC motors are powered by an 80 kWh lithium-ion battery and both these motors generate a total of 300 kWh (402 Bhp) of peak power and 765 Nm of peak torque. The electric SUV can be driven from 450 to 471 km on a single charge, which is made available with the quick charge option.

Mercedes-Benz has introduced a 48-volt on-board electric system across all electric variants to a plug-in hybrid with EQ boost. The electric SUV is quite fast and can do 0-100 km/h in just 5.1 seconds, while the top speed has been electronically limited to 180 km/h. The EQC electric SUV is being produced in Germany and has been launched in India as a Completely Built Unit (CBU). Apart from the usual 7 airbags with EQC, several active and passive driver assist systems have been provided.

Talking about the cabin, the signature Mercedes-Benz treatment has been given with EQC which comes with premium fit and finish. The SUV has been provided with luxury soft-touch materials and a lot of modern equipment. The big highlight in the cabin is the 12.3-inch dual-screen display that serves both instrumentation and infotainment. The MBUX infotainment system comes with the SUV, which provides many connected car features and voice command feature to the driver. Apart from this, automatic climate control with EQC, massage function with power-adjustable seats, Burmester audio system and smartphone connectivity besides Apple CarPlay and Android Auto have been given.