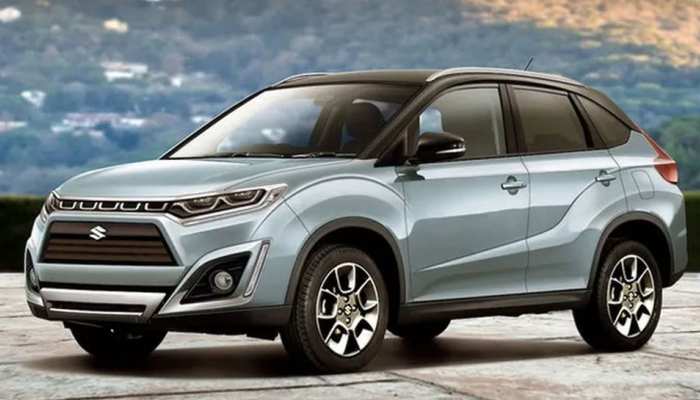 After the immense success of Maruti Suzuki Baleno, now the company can launch a new SUV based on Baleno in the market. According to the information received from the sources, the company has already started work on this upcoming SUV and with this car, Maruti Suzuki is making its mark in the SUV segment.

New Delhi: Maruti Suzuki has been looking very aggressive about its product line-up in the past few years. The company is constantly giving one to one update to its vehicles and what to say about their demand among the customers. Now the latest media reports are telling that after a strong hold in the hatchback segment, the company has started work to strengthen its hold in the SUV / crossover space as well. In the coming financial year 2022-23, Maruti Suzuki is going to launch many powerful vehicles, the most notable of which will be the Baleno based crossover.

How will the 2023 Maruti Baleno SUV Coupe be?

The Baleno-based SUV was likely to be launched only in 2022, but the launch has been delayed due to the COVID-19 pandemic. Now the company is going to launch Baleno SUV somewhere in 2023. This will be the company’s second sub-4 meter SUV after Maruti Suzuki Brezza, the company is also going to update Vitara Brezza in the next few months. It is being speculated that the price of the new Baleno SUV will be slightly lower than the Vitara Brezza.

Platform with Baleno, but with a different design

The upcoming crossover will be built on Baleno’s Heartect platform, which will save the company’s development cost. This will also bring down the overall cost of the Baleno SUV and make the new car affordable. Visually, the new SUV will be slightly different from the Baleno which is going to be built on a coupe-like design. The new car will be sold through the Nexa retail chain and will compete with the Tata Nexon, Hyundai Venue, Kia Sonnet, Mahindra XUV300, Renault Chiger and Nissan Magnite in India after launch.

The codename of this vehicle is YTB and it will get all the features that are given in the new Maruti Suzuki Baleno. Heads-up display, 360-degree camera, SmartPlay touchscreen infotainment system, connected car technology, cruise control and rain-sensing wipers will be given among many other features. For safety, features like 6 airbags, hill assist, ESP are going to be available. The SUV will be powered by the same 1.2-litre K12N naturally aspirated petrol engine that has been borrowed from the Baleno. This engine makes 89 Bhp power and 113 Nm peak torque. The company has equipped this engine with a 5-speed manual and 5-speed AMT gearbox.