Shocking News: Naagin wanted to avenge the death of Nag! The young man was bitten 7 times 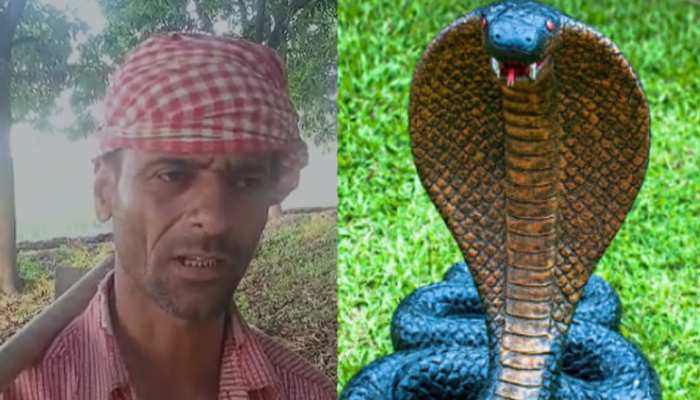 Snake Bite 7 Times: The person told that every time a snake has bitten him, his family members take him to the hospital for treatment every time. The person says that he escapes from death every time, but now he is living life in complete panic.

Snake Bite 7 Times: You must have often seen in films that if a person kills a snake, then the serpent does not sit peacefully until he takes revenge on that person. One such surprising claim has been made by a person from Rampur district of Uttar Pradesh. A man living in Thana Swar area of ​​Rampur district has claimed that a snake has bitten him 7 times to avenge the death of his companion.

This shocking claim of the person is making headlines in the area. The man told that every time the snake has bitten him, his family members take him to the hospital for treatment every time. The person says that he escapes from death every time, but now he is living life in complete panic. The man said that he is now afraid to go out of the house to work as a laborer when the snake attacks him.

Ehsan Ali, a resident of Mirzapur village of Gram Panchayat Mohabbat Nagar, adjacent to Swar police station area, told that seven months ago he had gone to work in his farm. During this he saw a pair of snakes. They attacked the couple with sticks, killing a snake on the spot. At the same time, the second snake had escaped from the attack. After that he had come to his home. He did not know that the death of the snake was going to become his life.

Snake attacked for the seventh time in a row

Ehsan claimed that since then he has been continuously attacked by snakes. The first attack happened 6 months ago. Then he went to work in the field. There he was bitten by a snake, due to which his condition had worsened and the people of the house hurriedly took him to Banjir village near Rampur. Where his life was saved after treatment. Ehsan told that on Wednesday morning he was going to get fodder for the buffalo in his field, when the snake bit him for the seventh time. The snake made him disappear by biting the thumb of his hand. On screaming, people arrived and again took him to Benazir village, where he could be treated.