Malaika Arora Accident: After the accident, Malaika showed her face, said this

Malaika Arora Accident: Malaika Arora is resting at her home after a car accident. A few days ago, he shared an emotional post regarding the accident. Now while sharing the selfie, he updated his health to the fans.

Malaika Arora Accident: Malaika Arora had a car accident a few days back. He was admitted to the hospital but was soon discharged. According to reports, Malaika has suffered a face injury in the accident, after which her fans got upset. Now Malaika has posted a photo of herself, which is becoming fiercely viral on the internet.

Malaika Arora has posted a selfie of herself on Insta Story. Along with this, he has given his health update. She is looking beautiful as before in the picture. However, injury marks are visible on his face. Posting the photo, Malaika wrote in the caption, ‘Healing’. He says that she is doing fine. 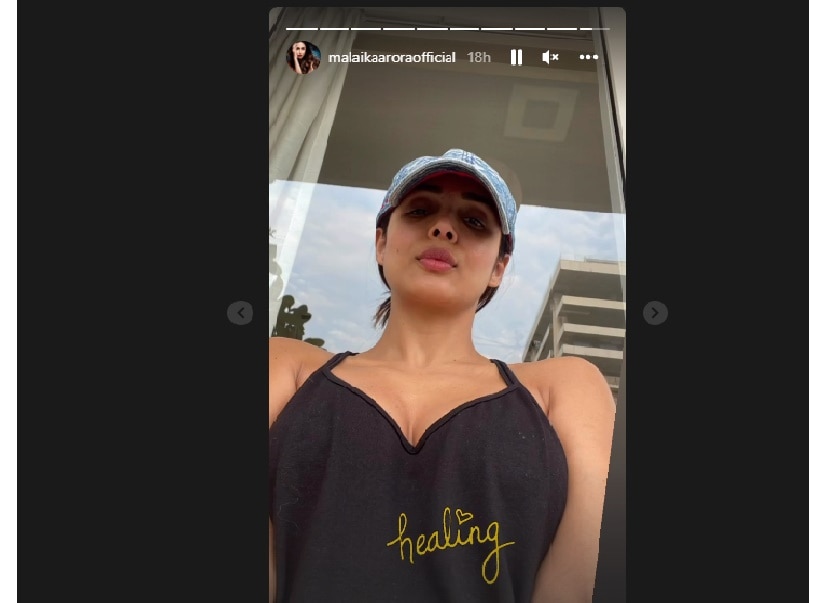 A few days after the car accident, Malaika Arora shared a long post, in which she wrote, ‘The past few days and the incidents that happened to me have been incredible. When I think about them, it just feels like a scene in the film, which never happened. Thankfully my Guardian Angel staff took great care of me after the accident. Thank you also to those people who helped me reach the hospital. My family stood by me all the time.

Malaika Arora further wrote, ‘My doctors ensured my safety and took care of me at every step. He made me feel safe. The love that I have received from my friends, family, my team and my Insta family has also been tremendous. These moments are not a feeling, but a reminder that we should be grateful to those unknown or unknown people, who shower a lot of love on you in times of need. I am recovering and assure that I am a fighter and I will return as the same Malaika you know.

Malaika was the victim of a terrible accident

It is worth noting that Malaika Arora had a road accident on the night of 2 April. This accident happened when she was coming back home from Pune. Police Inspector Shirish Pawar of Khopoli Police Station said that the accident happened at a point of 38 km on the Mumbai-Pune Expressway. At that time Malaika was returning after attending a fashion event in Pune. At the same time, Malaika Arora’s driver lost control of the car. His car collided with the vehicles of MNS (Maharashtra Navnirman Sena) officials.