A major accident happened during the rescue of people trapped in Deoghar ropeway of Jharkhand. During the rescue, the young man fell from the army helicopter, he died in this accident. 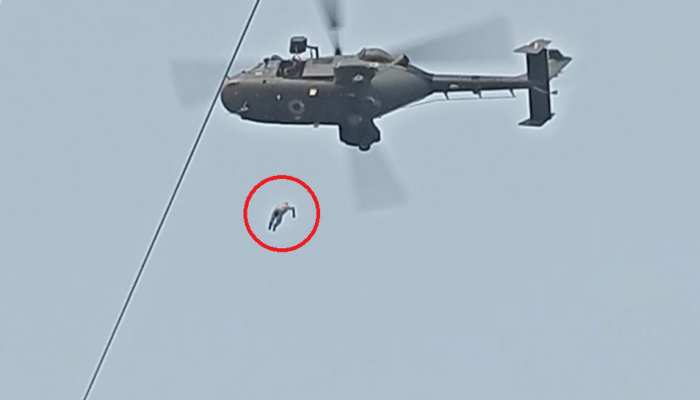 New Delhi: The rescue of people trapped on the Deoghar ropeway of Jharkhand is going on continuously. Meanwhile, a major accident happened during the rescue operation. During the rescue, the youth fell from the army helicopter. The person died in this accident.