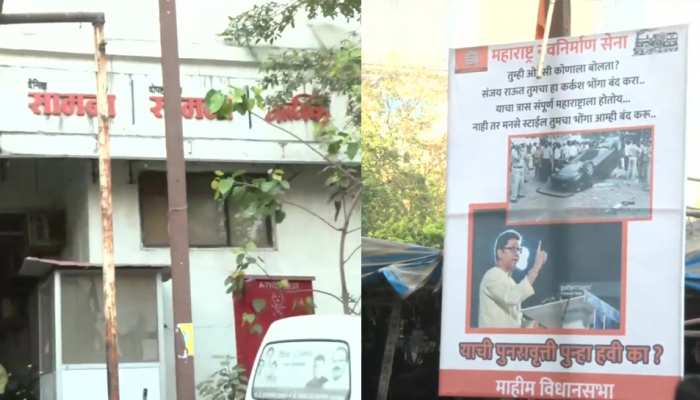 Loudspeaker Controversy: The tension between Maharashtra Navnirman Sena and Shiv Sena is increasing over the loudspeaker controversy. In the poster outside Saamana’s office, it is written that Sanjay Raut should shut up or else his loudspeaker will be switched off in the style of MNS.

Posters Outside Saamana Office: Maharashtra Navnirman Sena and Shiv Sena have come face to face over the loudspeaker dispute. Meanwhile, today (Saturday) posters were put up outside the office of Shiv Sena mouthpiece Saamana in Mumbai, in which Rajya Sabha MP Sanjay Raut has been threatened with silence.

Shiv Sena MP Sanjay Raut on Wednesday took a dig, saying that Raj Thackeray has become the loudspeaker of the Bharatiya Janata Party after getting “exemption” from central investigative agencies. A day earlier, the Maharashtra Navnirman Sena chief had advocated for a Uniform Civil Code and the need to check population growth in the country.

He alleged that Raj Thackeray’s loudspeaker is playing in frustration but people will turn it off.

(with input of news agency language)