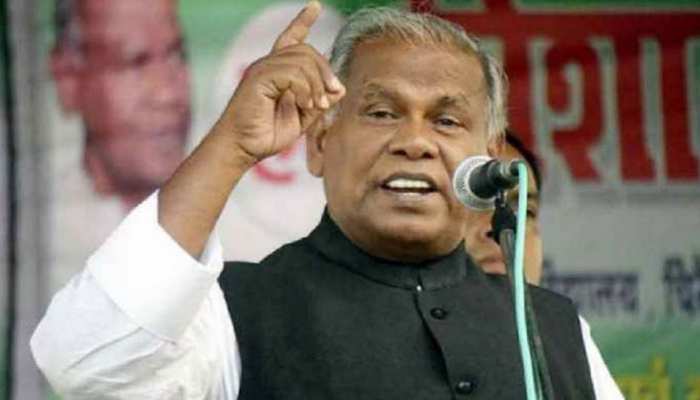 Jitan Ram Manjhi controversy: Former Bihar Chief Minister said such a thing about Lord Ram that now he is under question. Taking advantage of this opportunity, the Congress in-charge has also retaliated.

Jitan Ram Manjhi controversy on Ram: Former Bihar Chief Minister Jitan Ram Manjhi has created a new controversy in a program on Thursday. On the occasion of Dr. Bhimrao Ambedkar Jayanti, he has given a controversial statement questioning the existence of Lord Ram from the stage. Since then the video of his statement is going viral on social media. In this matter, Bhakta Charan Das Manjhi, in-charge of Bihar Congress has also reacted.

What did the devotee Charan Das say?

Bihar Congress in-charge Bhakta Charan Das has reacted to the statement of Jitan Ram Manjhi in which he had described Ram as a fictional character. Devotee Charan Das said that Jitan Ram Manjhi has come forward by doing politics of the poor, so he knows what is the importance of Ram and without Ram the epic could not have been completed.

We do not believe in Ram, that is to say, allies of BJP in Bihar@jitanrmanjhiWho repeated his old statement on the pretext of Ambedkar Jayanti@ndtvindia@Anurag_Dwary pic.twitter.com/DXNX7Qf7ed

What did you say, Jeetan?

In fact, in a program held on Ambedkar Jayanti in Jamui on Thursday, he said that Ram was not a god, he was a poetic character of Valmiki and Tulsidas. He did not stop here, he further said that Lord Rama was few, he was the character of the epic. Addressing the ceremony, he said that no one gets bigger by reciting worship. He said that people belonging to Scheduled Castes should stop worshiping.

The target was on Brahmins

On this occasion, while targeting the Brahmins, Jeetan said that the Brahmins who drink meat and alcohol, lie. One should stay away from such brahmins. They should not be worshipped. You guys stop worshiping. He said that Ram had eaten the false berry of Shabari. Let us inform that this program was organized by Sikandra MLA Prafulla Manjhi on Ambedkar Jayanti.