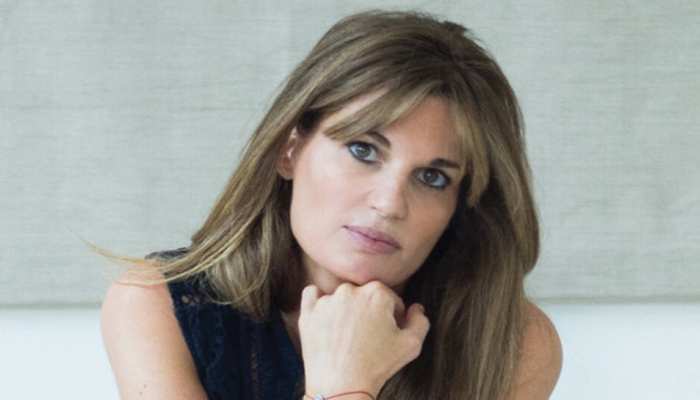 Protest in Britain: Pakistan’s political upheaval has piqued Imran Khan’s ex-wife Jemima Goldsmith. The reason for this is the demonstrations happening outside his house in Britain. Nawaz Sharif’s supporters camped outside Jemima’s house.

Pakistan News: The effect of Pakistan’s political upheaval is also visible in Britain. Here supporters of Pakistan Muslim League-Nawaz, the party of former Prime Minister Nawaz Sharif, have camped outside the house of Jemima Goldsmith, ex-wife of Imran Khan. These supporters are raising slogans against Imran. Jemima has expressed her grief on social media regarding this performance.

Jemima made many tweets

Angry Jemima Goldsmith has tweeted one after the other. In one of her tweets, she wrote, ‘Protests outside my house, targeting my children, anti-Semitic abuses on social media, it’s almost like I am back in Lahore in the 90s’. He has said in another tweet that I and my children have nothing to do with Pakistani politics.

Protests outside my house, targeting my children, antisemitic abuse on social media…. It’s almost like I’m back in 90s Lahore. #PuranaPakistan pic.twitter.com/0R2YOPcQrJ

What is the whole matter?

Actually, the supporters of Nawaz Sharif and Imran Khan in Britain are face to face for the last several days. A few days ago, there was a clash between the supporters of both the sides outside Nawaz Sharif’s house. Since then Imran supporters have been demonstrating outside Sharif’s house and Sharif supporters have camped outside Jemima Goldsmith’s house. Let us tell you that British citizen Jemima married Imran Khan in 1995 and after nine years both of them got divorced.

Pakistani journalist Hamid Mir has also tweeted in this regard. He wrote, ‘PTI (Pakistan Tehreek-e-Insaf) should stop protesting outside Nawaz Sharif’s house and PML-N should also move out of Jemima Khan’s house’. While explaining to both the parties, Mir wrote that those living in glass houses should not throw stones at others.