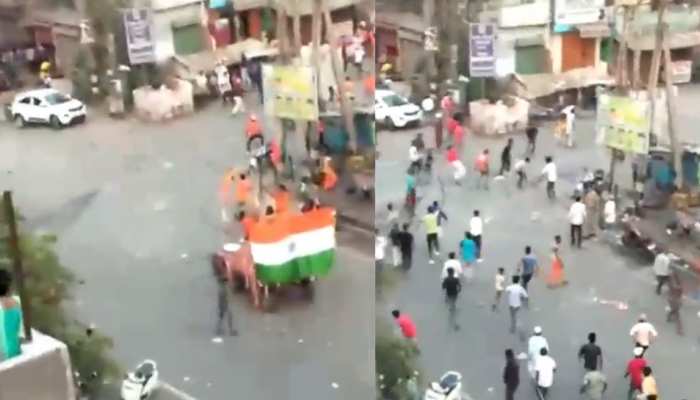 A new video of the violence in Delhi’s Jahangirpuri has surfaced.

Violence In Jahangirpuri: A new video of the violence in Delhi’s Jahangirpuri has surfaced. In this video, the rioters are seen throwing stones at the vehicle on which the tricolor flag is seen. 9 people were injured in this attack of rioters, including 8 policemen.

In the Jahangir Puri violence of Delhi, rioters were also pelting stones on the tricolor car.@ZeeNews pic.twitter.com/nsGNqN0bs9

Let us tell you that this video of Jahangirpuri is from the time when the procession was at its last stop. In the video you will be able to see that a procession vehicle with the tricolor on it is stuck and the stone pelters will be seen moving forward while pelting stones continuously.

It is seen in the video that two policemen in khaki uniform are also seen in the crowd of stone pelters, who are seen trying unsuccessfully to stop the mob. The stone pelters move forward by throwing stones and then stone pelting starts from the other side as well.