Jahangirpuri Violence: How the bullet was fired among the mob of rioters, the injured police SI told

Jahangirpuri Violence Update: Police has issued an alert all over Delhi regarding the violence in Jahangirpuri, police force has been increased at sensitive places. Special Commissioner of Police, Law and Order Deependra Pathak has said that the situation in Delhi is under control. 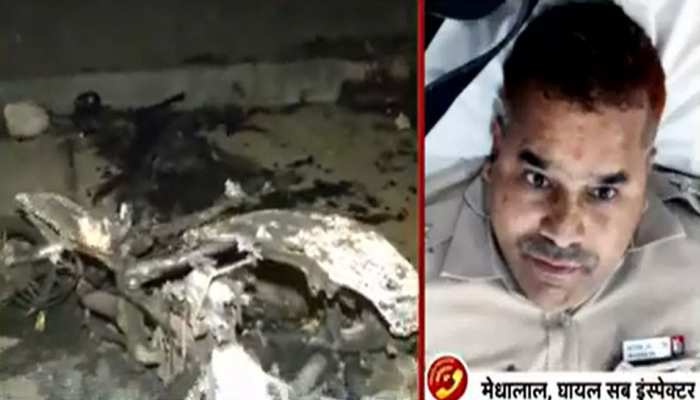 Jahangirpuri Violence in Delhi: There has been a lot of ruckus during the procession being taken out on the occasion of Hanuman’s birth anniversary in Jahangirpuri, Delhi. According to the Delhi Police, there has been talk of stone pelting, arson and firing on people in the procession. Top officials are on the spot and the situation is under control. Meanwhile, the SI of Delhi Police, who was injured in the violence, has told that what some developments came to light during that time.

The first IO of this case, Medha Lal, who was sent to the spot after the news of the quarrel, told how a bullet fired from the crowd of rioters present there and passed through. In a conversation with Zee News correspondent Neeraj Gaur, the injured sub-inspector told that 6 policemen have been injured. In which a policeman Sub Inspector Medha Lal Meena has a bullet injury in his hand. However, it is not yet clear how this bullet injury happened. At present, the condition of Medha Lal is out of danger.