IT firm gifted crores of cars to its employees, gave a big reward for honesty 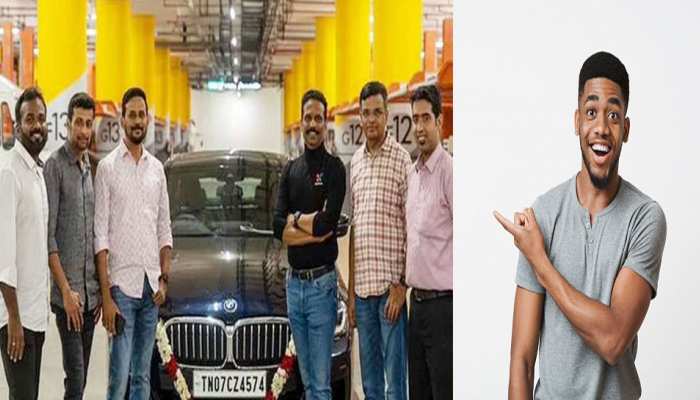 Seeing the honesty of its employees, an IT company gifted them a BMW car. He was honored in front of the family and handed over the keys of the car.

New Delhi: There are only a few companies in India who are not only thankful for the loyalty of their employees but also give them gifts for the same. One such company has gifted crores of cars to its employees.

For the honesty of the employees, the company honored them with a car worth one crore rupees. The employees were informed about this a few hours before the car was gifted. Praising these five employees, Suresh Sambandam, CEO, Kissflow Inc. said that these people have faced many challenges with us and supported the company even during the time of Kovid Pandemic.

Key given in front of family

He was handed over the keys of a BMW 530d car along with the family of the five employees. According to a report published in India.com, the company takes care of its employees and always tries to motivate them to do better work. BMW 6 Series cars will be gifted to some more employees.

The employees did not expect such a big gift. Some thought that he was going to go to lunch or dinner with his head. The company made its 10th anniversary special in this way for its employees and their families.