IPL: This mystery girl dominated the Kolkata-Delhi match, being discussed all over the world 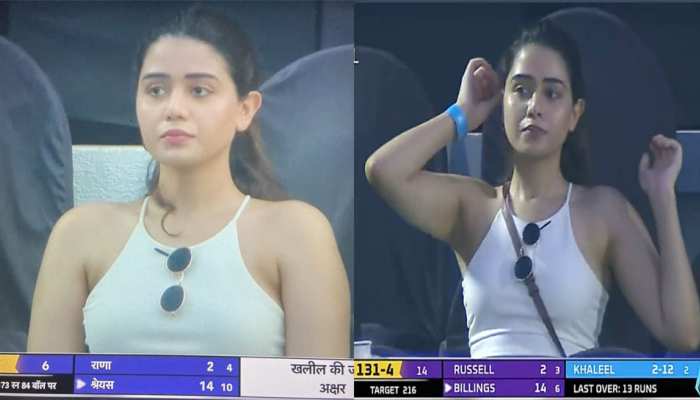 Everyday exciting matches are being seen in IPL 2022. Delhi Capitals defeated KKR by 44 runs in a unilateral style. After this match, the picture of a mystery girl is going viral.

Mumbai: In IPL 2022, the spectators are getting to see exciting matches every day. Delhi Capitals defeated KKR team by 44 runs. Kuldeep Yadav showed a great game for Delhi Capitals in this match, but the picture of a mystery girl is going viral on social media, which has caught everyone’s attention.

The picture of a mystery girl watching the match between Kolkata Knight Riders and Delhi Capitals went viral after being caught on camera. The picture of the mystery girl was captured in the camera when Kuldeep Yadav took a brilliant catch on his own ball to dismiss Umesh Yadav during the match on Sunday evening. Although initially it was not known who the girl wearing the white top was, but it was later revealed that she was actress Aarti Bedi by profession. Fans on Twitter have declared Aarti as the new mystery girl of IPL 2022.

Kuldeep Yadav bowled brilliantly in the match. He took 4 wickets for 35 runs in his quota of four overs. On the basis of his killer bowling, Delhi Capitals could register a victory by 44 runs. Kuldeep took wickets on slow balls. He did not allow the batsmen to stroke freely.

KKR captain Shreyas Iyer won the toss and decided to bowl first. Called in to bat, Delhi Capitals built their way up thanks to the brilliant innings of David Warner, Prithvi Shaw, skipper Rishabh Pant, Axar Patel and Shardul Thakur. Scored 215 runs in 20 overs for the loss of five wickets. No batsman could play a big innings for Kolkata. Captain Shreyas Iyer scored 54 runs for KKR. The entire Kolkata team was all out for 171 runs, due to which Delhi Capitals won the match by 44 runs.