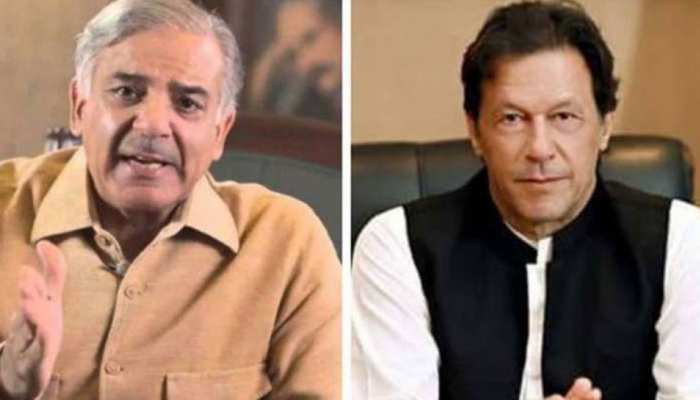 Imran Khan Gift Controversy: Shahbaz Sharif has claimed that Imran Khan took out gifts from the state treasury and sold them in Dubai for Rs 14 crore.

New Delhi: Pakistan Prime Minister Shehbaz Sharif has claimed that he can confirm that former PM and PTI President Imran Khan took out gifts from Toshakhana i.e. Government Treasury and gave them Sold in Dubai. In this case, Imran is seen surrounded since the past day. Now Shahbaz’s statement has given it more weight.

According to the report, PM Sharif told reporters during an iftar organized in the capital on Thursday, “Imran Khan sold these gifts in Dubai for Rs 14 crore.” According to Sharif, the expensive gifts sold by former Prime Minister Imran Khan for money included diamond jewelry sets, bracelets and wrist watches.

This reply was received on the petition

PM Shahbaz Sharif said that he too had received a watch once, but he deposited it in Toshakhana. The PM further said that he ‘doesn’t need to hide anything’. The Prime Minister’s revelation came in response to a question regarding a petition seeking details of Toshakhana filed in the Islamabad High Court, to which the then PM Imran Khan had remarked that the details were not known as per the Official Secrets Act, 1923. Cannot be disclosed.

Former minister and PTI leader Fawad Chaudhry, however, refuted PM Shehbaz Sharif’s statement, saying that the new prime minister is “slinging mud at Imran Khan”. He claimed that Khan bought the watch he got from a country from the Pakistan government and then sold it.

The former minister raised the question and said, ‘If the (then) Prime Minister sold the watch bought from the government, then what is the crime?’ Defending the former PM Khan, he said, ‘It does not matter whether the price of the watch is Rs 5 crore or 10 crore. If it is mine and I have sold it, then there should be no objection. He further said that he is not able to understand what exactly is the allegation of PM Shahbaz Sharif?