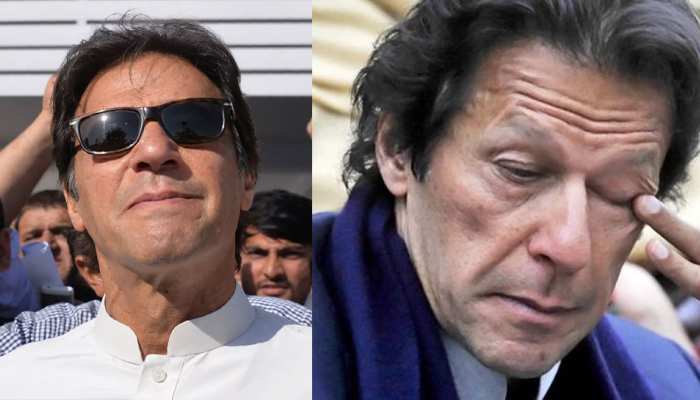 Imran Slapped in Pak: It is being claimed in the Pakistani media that a night before voting on the no-confidence motion, Imran Khan was slapped after entering his house.

Imran Khan got slapped Before Floor Test in Pakistan: There is a lot of discussion in the Pakistani media about a slap. It is being claimed that a night before voting on the no-confidence motion, Imran Khan was slapped after entering his house. After that slap, Imran Khan left the insistence of the Prime Minister’s chair. Voting took place comfortably the next day and Imran Khan’s government fell. In such a situation, let us know who was the person who entered Imran’s house and slapped him.

It is being said in Pakistan these days that a slap changed the government in Pakistan and Imran Khan became a former prime minister in a jiffy. That slap was not given to anyone else but to Imran. Actually this is what senior journalists of Pakistan are saying.

On the night of 9 April, a helicopter landed in the lawn of Imran’s house in Banigala and there were two important people in it. He met Imran in a separate room. First he asked Imran to resign. But Imran Khan refused. Meanwhile, the debate escalated and a person slapped Imran on the cheek.

After this revelation, there is a lot of discussion in Pakistan media. In fact, questions arose in Pakistan’s social media that how did the injury mark come under Imran’s left eye? Why was he seen wearing sunglasses everywhere for two days?

Imran is not ready to accept the order of Pakistani army

According to some reports from Pakistan, this incident happened at the gala built at Imran Khan’s house. So according to some reports, this slap incident happened at the Prime Minister’s Office. According to Pakistani journalist Asad Ali Toor, on the night of 9 April, the Pakistani army sent an order to Imran that you should resign. But Imran did not agree. However, the army said in a stern tone that the order of the Supreme Court has to be followed.

Imran took such a big decision

According to Pakistani journalist Salim Safi, Imran Khan decided to remove Army Chief Qamar Javed Bajwa only. Imran Khan made up his mind to sack General Bajwa and make former ISI chief and his special friend General Faiz Hameed the army chief. Imran called the Defense Secretary and got the notification prepared for the dismissal of Bajwa and the appointment of Faiz Hameed as the new Army Chief. Only the notification number was left to be written on them. But at the last moment, Bajwa came to know about Imran’s trick. On the night of 9 April, Imran went out on the lawn to talk to someone on the phone. Army Intelligence intercepted this call.

After this, a helicopter took off from the Army Headquarters in Rawalpindi at around 11 pm. In this, ISI Chief Lt Gen Nadeem Anjum and Army Chief General Bajwa were there. This chopper landed in the lawn of Imran’s house Banigala a few minutes later. There was a conversation between the three in a room and the ISI chief asked Imran to resign. Imran refused. It is claimed that the debate escalated and in anger, ISI Chief Nadeem Anjum slapped Imran on the left cheek. However, the Pakistani army has called this story completely baseless.