Khargone Violence: How is the condition of Shivam injured in Khargone violence? doctors answered 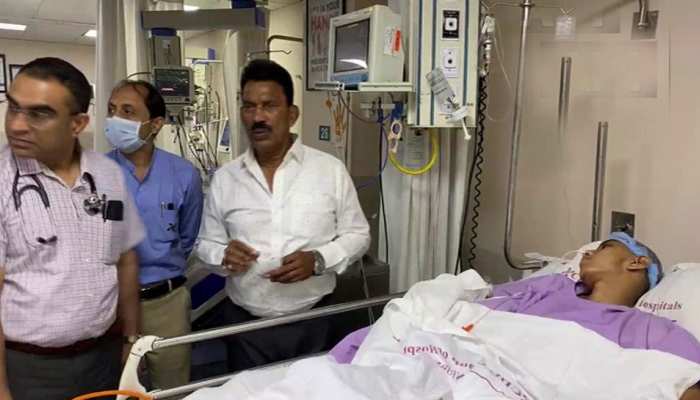 Khargone Violence: A 16-year-old man was seriously injured in the violence that broke out in Khargone, Madhya Pradesh on Ram Navami. The man was admitted to the ICU. Now doctors have told that the condition of the person is improving.

Violence in Khargone: A 16-year-old man was seriously injured in the violence that broke out on Ram Navami in Khargone, Madhya Pradesh. The man had suffered a serious head injury. The doctors treating the man told that now his condition is improving and he has regained consciousness.

According to the information, 16-year-old Shivam Shukla suffered a serious head injury during the violence. He is being treated at CHL Hospital in Indore. Doctors told that Shivam was put on ventilator. However, now his condition is improving and his ventilator has also been removed. Doctors say that it will take few more days for Shivam to recover.

man is out of danger now

Dr Nikhilesh Jain of CHL Hospital said, ‘Shivam is out of danger now. He was having trouble breathing. So he was put on ventilator. But now he is out of ventilator. They have also come to their senses. It will take some time for them to recover completely. We are hopeful that he will be transferred from ICU to the general ward. Earlier on Friday, State Minister Tulsi Ram Silavat had reached CHL Hospital to inquire about the health of the youth.

Silavat assured Shivam’s family that the state government would take care of his treatment. He said that Chief Minister Shivraj Singh Chouhan himself is monitoring the matter and will not allow any shortfall in Shivam’s treatment. The minister said, ‘I met his family. The doctor said that he will gradually recover. The chief minister sent me here. His family will not face any problem. The government will take care of the treatment.

Let us inform that on April 10, during the Ram Navami procession, groups of people pelted stones at each other, in which many people including police personnel were injured.