Honda is bringing new 150 cc motorcycle to India, great in look and strong in features 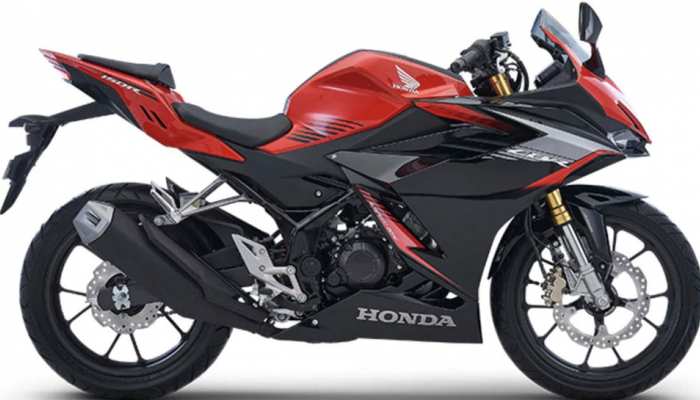 Honda Motorcycle And Scooter India is soon going to launch the 2022 CBR150R motorcycle which is very much liked among the Indian customers. The new Honda CBR150R is about to hit the market with several major changes that are not only beautiful to look at but…

New Delhi: Honda Motorcycle and Scooter India may soon launch its most affordable and popular sportbike CBR150R in India. The company has recently filed a patent indicating the launch of a new motorcycle. If this new motorcycle is launched in the country, then it will compete directly with Yamaha R15 V4 in the market. The company has given a sharp bodywork to this bike which comes with aerodynamic panels. Its exterior design is inspired by the company’s powerful CBR motorcycle.

Dual LED headlamps and LED DRLs have been seen in the front of the motorcycle. Apart from this, other key features of the new sports bike include small windscreen, sporty rear view mirrors, wide handlebar at the bottom, fully digital instrument console, sculpted fuel tank and step-up seats with well-designed upswept exhaust. . The bike has been given USD front forks which are golden and add to its sporty appeal.

The current bike is offered in multiple colors including Victory Black Red, Honda Racing Red, Dominator Matte Black, Candy Scientificlet Red and MotoGP Edition. However, with the new motorcycle, options of new colors and features can be found. The bike can be given with a 149 cc liquid-cooled, single-cylinder engine that makes 16.09 Bhp power and 13.7 Nm peak torque. This engine can be equipped with a 6-speed gearbox with slip and assist clutch. Talking about braking, emergency stop signal can be found here with single disc brake and ABS in both the wheels.