The heritage of the famous scientist mysteriously returned on day 1 after 20 years! 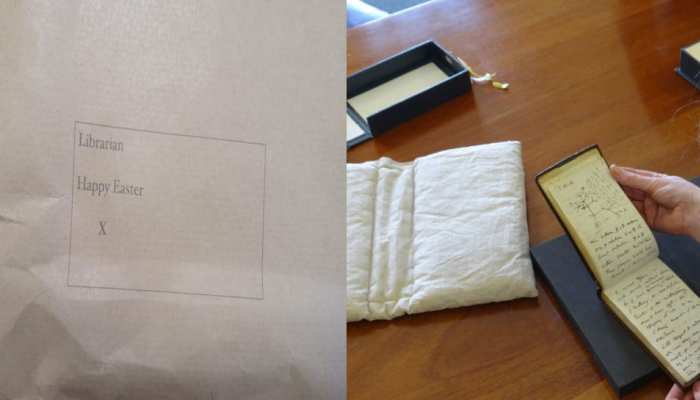 Many people must have read about Charles Darwin in school or college books. When the notebook, written during the research related to the origin, development and creation of life on Earth, mysteriously returned, the library…

London: British scientist Charles Darwin is known for his theories about the ‘origin of life’. A set of notebooks written by him disappeared long ago, when suddenly many years later he returned to the library of Cambridge University, many people heaved a sigh of relief at the return of this heritage.

In a statement issued by the university, it was said that two notebooks written by Darwin – one of which contains his famous ‘Tree of Life’ sketch. Somebody has returned him. Let us tell you that someone had kept a pink colored bag inside the library, inside which was this copy and in it the message of ‘Happy Easter’ was written for the librarian. In one of these copies, the famous ‘Tree of Life’ sketch of scientist Charles Darwin was made.

University had launched a global campaign

According to the report published in CNN, Cambridge University had shared information about the disappearance of these notebooks in November 2020, citing the possibility of theft. At that time the university made a global appeal to help find them. Cambridge University librarian Jessica Gardner said, ‘We cannot express our happiness over the safe return of the notebook. No one knows how this loss would have been compensated. Let us inform that the local spies informed the Interpol, after which the search of the copy started internationally. Its value was estimated at millions of dollars.

Why was this notebook important?

In fact, in July 1837, Charles Darwin wrote ‘I think’ on his ‘red copy’ of leather binding in London and then started writing within it. In this notebook, he had drawn a tree about the study related to the origin and development of life. His study of 20 years was first published by Darwin on 24 November 1859 and the world got the theory of origin of species.

Let us tell you that when the book ‘Origin of Species’ was published in the year 1859, it changed the thinking of the world. There was a lot of uproar on this book at that time because this book had claimed that according to the facts of science, the world was not created by any miracle, but the evolution of organisms was from a single cell. This book completely rejected religious beliefs at that time.