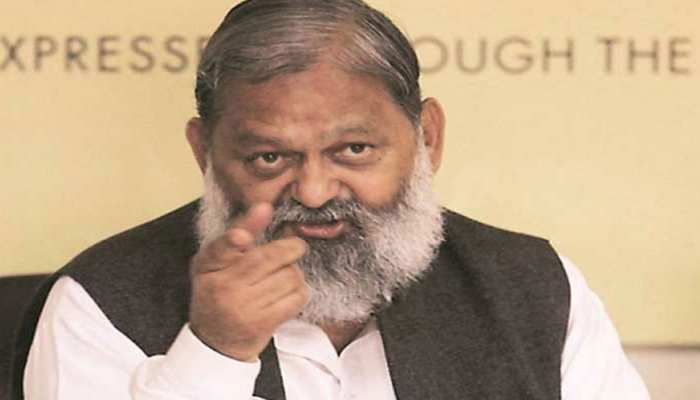 Haryana Minister Anil Vij: Haryana Home and Health Minister Anil Vij has hit back on the statement of former Bihar CM Jitan Ram Manjhi. They say that they do not understand the history and culture of India.

Haryana Minister Anil Vij Statement: Former Bihar Chief Minister Jitan Ram Manjhi has denied Ram as God. To which Haryana’s Home and Health Minister Anil Vij, while replying, called Jitan Ram Manjhi a burden on the earth and said that he does not understand the history and culture of India. It is not right to say that in a country where such a large number of Hindus live, it is an insult to all. Lord Rama is settled in everyone’s romance.

No exemption on the basis of caste

Haryana Home and Health Minister Anil Vij said on the ongoing controversy over loudspeaker that the law is equal for all. At what time, at what frequency the loudspeaker should be played, everyone should take care of it. There should be no relaxation on the basis of caste, language, region. Governments should keep this in mind.

Delhi CM Arvind Kejriwal has talked about providing free electricity in all BJP-ruled states and recently in Himachal the government announced 300 units of free electricity, on which Anil Vij said this free disease in the country. Kejriwal has brought Today, what has become the condition of Sri Lanka in the free affair, it is in front of everyone. Whoever it is, the free affair should be avoided.

Regarding the increasing cases of corona in Haryana, Haryana Home and Health Minister Anil Vij said that the cases are increasing only in Gurugram. For which the responsibility of ACS has been imposed. In Haryana, more than half of the cases are zero.