Groom Beating: The first wife, who arrived suddenly in her husband’s second marriage, was beaten up with slippers. 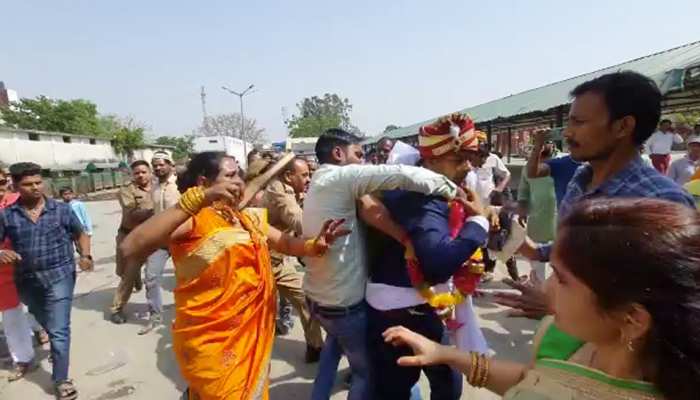 Groom Beating Viral Video: The woman reached her husband’s second marriage and started beating him with slippers. When the bride’s family came to know about the groom’s second marriage, they also beat him up.

Groom Beating In Udham Singh Nagar: A surprising case has come to light from Udham Singh Nagar of Uttarakhand. In fact, during a marriage in Gadarpur here, there was a lot of uproar when a woman, claiming to be the wife of the groom, reached the marriage ceremony with the police and then beat up the groom in front of everyone.

Know that a marriage ceremony was going on in Kamboj Dharamshala of Gadarpur. Then suddenly a woman reached the spot along with the police. She claimed that the groom is her husband and their marriage has not completed even a year.

During this, first the woman and the people accompanying her beat the groom fiercely with slippers, later when the bride’s side came to know about the groom’s first marriage, they also beat up the groom. Taking immediate action in this matter, the police stopped the marriage.