Karauli Violence: Giriraj Singh’s target, ‘collecting stones on the roof, not a coincidence’ 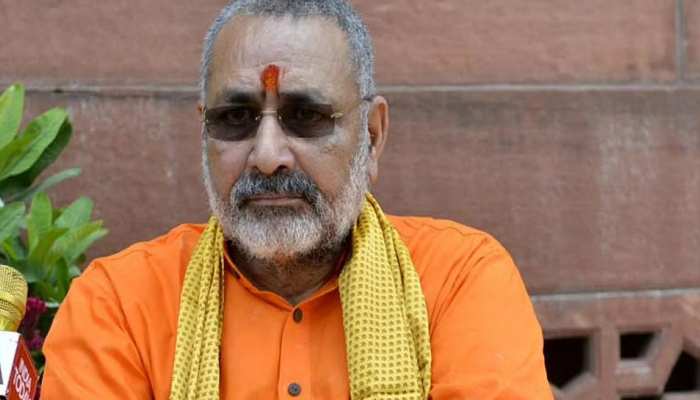 Giriraj Singh on Karauli Hinsa: On his visit to Jaipur, Giriraj Singh said that while condemning the recent violence and arson in Karauli city of Rajasthan, he said that the ‘script’ of such incidents is being written elsewhere.

Giriraj Singh Reaction on Karauli Hinsa:Union Panchayat Raj Minister Giriraj Singh has condemned the recent violence and arson in Karauli city of Rajasthan, saying that the ‘script’ of such incidents is being written elsewhere.

‘The script is being written elsewhere’

Giriraj Singh, who is on an official visit to Jaipur, said, “The incidents that happened on Ram Navami are sad and break social harmony. Its ‘script’ is being written elsewhere, whether PFI (Popular Front of India) or SIMI (Student Islamic Movement of India) writes it.

difference between coincidence and experiment

He said, ‘…Karauli is the biggest example of that, Madhya Pradesh is the example and due to some reason a fight broke out, it is a coincidence and the experiment is that in Karauli you have kept all the preparations on the roofs.’ He said, ‘The experiment is when in Madhya Pradesh (some people) come out with a sword and attack SP and people and shoot, SP gets injured. This is an experiment.’ He said that a high level inquiry should be ordered into the Karauli violence.

It is noteworthy that on April 2, arson and violence took place due to stone pelting by some people on a bike rally being taken out on Nav Samvatsar in Karauli. Singh earlier held a meeting of state government officials here. Officials of the State Government’s Rural Development, Panchayati Raj, Water Resources, Horticulture Department were present in the meeting. The minister also visited the Hanumanji temple at Khole on Delhi Road and offered prayers on Hanuman Jayanti.