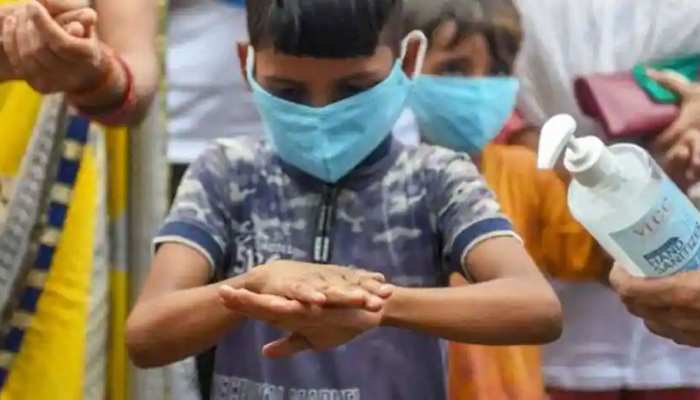 Delhi Corona Update: A total of 14 children are admitted due to corona infection in various private and government hospitals in Delhi. In view of this, the Delhi government has issued advisory for schools.

Delhi Corona infected children: A total of 14 children have been found infected after a student and teacher found Corona positive in a private school in Delhi. All of them are admitted in the hospitals of the capital. Most of these have comorbidities (more than one disease).

According to information received from sources, a total of 14 Kovid-19 positive children are admitted in private and government hospitals. Let us inform that after the decreasing cases of corona, the schools started working completely offline from April 1. Meanwhile, the Delhi government has issued a new advisory for schools in the national capital, directing them to close the entire campus or this wing if a student or employee is found to be COVID-19 positive in the test. turn off temporarily.

The advisory states that students and teachers should strictly follow the COVID-19 protocol, which includes maintaining social distancing, sanitizing hands, wearing masks, etc. However, a Delhi-based doctor has called for schools to be closed after teachers and students tested positive for COVID-19.

Doctors say that those who are found positive with COVID-19 have mild symptoms. During the last two years, the youth have been affected a lot due to Corona, as their mental and physical development has been ruined. Children are the real investment of any country.

Let us inform that for the last few days, cases of corona virus have been seen increasing in the national capital. In the Health Bulletin on Friday, it has been said that the positivity rate in Delhi in the last 24 hours is 3.95 percent. At the same time, 366 Kovid-19 cases have been registered.