The story of the beggar’s murder on which the people were furious, its truth turned out to be very frightening. 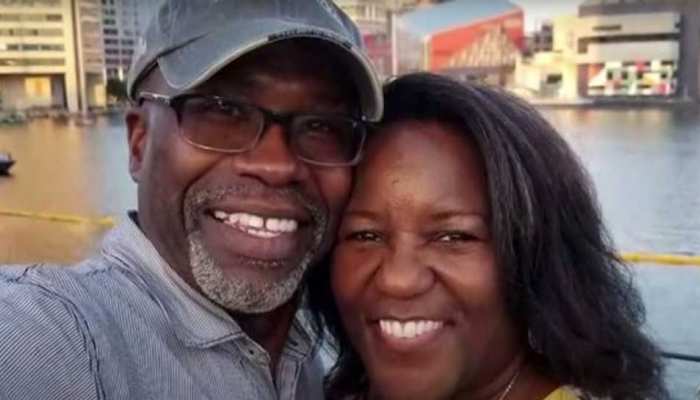 A man living in America created the story of a beggar’s attack after killing his wife. People had also believed in his story, but when the police proceeded with the investigation, the shocking truth came to the fore.

Washington: In America, the issue of murder of a woman by a beggar remained in the headlines for several months. This incident also affected the thinking of people towards beggars. Oprah Winfrey, known as the chat-show queen, said that now she will think a hundred times before giving anything to the beggars. However, when the reality came out, everyone’s eyes were torn apart.

happiness did not last long

According to the ‘Mirror’ report, the murder for which the roadside beggar was being blamed turned out to be the result of the husband’s hatred against the wife. Jacqueline, who lives in Baltimore, had a second marriage in 2018 to a man named Keith Smith. Smith had a girl from his first marriage and she lived with him. 52-year-old Jacqueline was very happy with her new marriage, but her happiness could not last long.

In December last year, Keith Smith called 911 and told him that a beggar had stabbed his wife and was taking her to the hospital. Doctors tried to save Jacqueline, but could not succeed. Jacqueline’s chest was attacked five times with a knife. He died due to excessive bleeding. The story that Smith and his daughter then told the police filled the hearts of people with anger towards the beggars.

The murdered husband told this story

Keith Smith told that they were all returning from a birthday party. Then on the way he saw a woman on the side of the road, who had a child in her hand. Jacqueline wanted to give some money to that woman. So, he asked to stop the car near the woman. As soon as Jacqueline, who was sitting in the back seat, lowered the glass of the car, the beggar woman attacked her. Meanwhile, his companion also reached there and in a scuffle he stabbed Jacqueline to death with a knife.

Such an open father-daughter pole

The police had some faith in this story of Smith and his daughter, but they could not accept the fact that the car was stopped for an unknown woman on a deserted road. So, when the authorities started investigating Smith’s statement, layer after layer of lies were exposed. When the police checked the CCTV installed at the crime scene, it was found that Smith’s car was not there at the time mentioned. His mobile location was also telling the story of his lies.

Because of this husband did the murder

After this, the police strictly interrogated Smith’s girl, which exposed the whole conspiracy. The girl told that her father had killed Jacqueline, because she had made up her mind to divorce him. Jacqueline was an electrical engineer at the Army Research Facility and Smith worked as a driver. Smith began to feel that if Jacqueline left him, then he would face a financial crisis. That’s why he prepared a plan to get Jacqueline out of the way.

wanted to leave the country

Smith’s girl Valeria told the police that while returning from the party, it was the father who attacked Jacqueline with a knife. After this he called 911 and told the story of a beggar. Police investigation also revealed that Smith has a criminal record. Along with this, his own brother had also once told to kill Jacqueline. The murdered husband and his daughter were trying to leave the country, but before that the police arrested them.