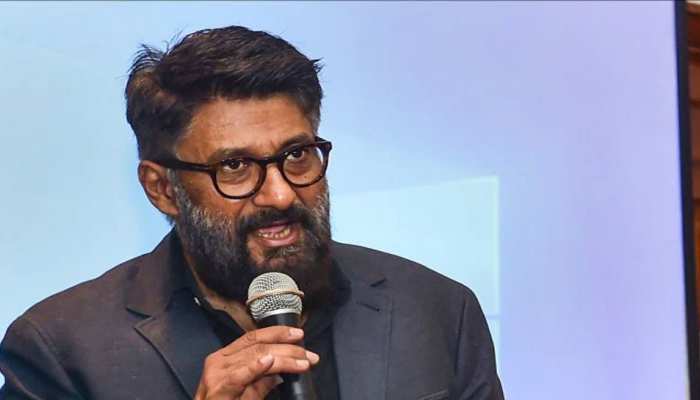 The Kashmir Files: Director of The Kashmir Files Vivek Agnihotri has been accused by Congress spokesperson of being a government-sponsored filmmaker who makes films on record data.

Congress spokesperson Gaurav Vallabh said, ‘Have some courage to make a film on Gujarat Files, I will give proof to all of you that what the Chief Minister was doing when Gujarat was burning. I present you all the relevant information and proofs, just you should have the courage.’ He further said that I know that you are a government sponsored producer, director and make films on record data.

‘A film should be made on Gujarat riots’

The Congress spokesperson further said that the director is free to make films of his choice, but when he is an impartial and trustworthy filmmaker, he should make films on the Gujarat riots and show that he is not a government-sponsored filmmaker. He further said, ‘We are in a democracy. I think Vivek Agnihotri can make films of his choice. But, please show some courage, as you are an independent filmmaker and not a government sponsored producer and director… so don’t behave like this.”

‘I will give proof of Gujarat riots’

The Congress leader further said that Vivek Agnihotri may be living in Mumbai, as Bollywood is mainly concentrated in Mumbai. But while coming from Mumbai to Delhi, a city falls in Ahmedabad. He questioned, ‘Why didn’t the filmmaker think of making Gujarat Files?’ He said, ‘Is someone forcing you not to make Gujarat files or you do not have enough evidence or data. If you need proof and data on what happened in Gujarat during Narendra Modi’s chief ministership, I can give it to you.

Senior Congress leader Rashid Alvi also took a dig at Agnihotri’s tweet, saying, “I am not surprised that Agnihotri tweets and then it becomes the most important news in the country.” If he is so reliable then he should make a film on Gujarat riots. They should also make motion pictures on all those riots which happened 70 years ago in India. He further said, ‘The truth is that the PM should make a ministry on this, wherever riots happen, make a film on it.’