Bochahan result: The ‘brown hair’ gave a ruckus to the BJP on the seat which became the nose! 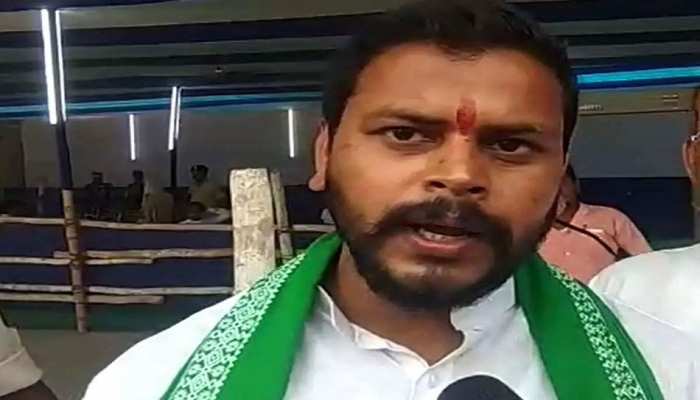 Bochahan by-poll result 2022: RJD (RJD) candidate Amar Paswan has defeated BJP candidate Baby Kumari from the ruling NDA side in the by-election for the Bochahan Vidhan Sabha Constituency in Muzaffarpur district of Bihar. This seat was earlier with Mukesh Sahni’s party VIP. These by-elections were held due to the death of MLA Musafir Paswan from this seat. It is said that VIP wanted to make his son Amar Paswan its candidate, but just before filing the nomination papers, RJD leader Tejashwi Yadav played a game and Amar filled the form on RJD ticket. BJP fielded former MLA Baby Kumari as its candidate.

Baby kumari
Baby Kumari is considered a strong candidate because BJP did not give her a ticket in the 2015 Legislative Assembly and she stood as an independent. That year, Lalu and Nitish formed a grand alliance and despite their storm, Baby Kumari won her seat. Therefore, the question is bound to arise that why did the ever-increasing caravan of BJP got a setback in Bihar? This question is also big because recently after the joining of the three VIP MLAs to the BJP, where the party has emerged as the largest party in terms of numbers in the Legislative Assembly for the first time and on its own from a party camp. The demand for the chief minister’s chair has also started rising. In that era, the electoral defeat at the hands of Tejashwi by bringing Amar Paswan in his court has dealt a big blow to the plan of Bihar BJP.

blow to BJP
In fact, the BJP had given full force in the Bochahan Vidhan Sabha by-election. Apart from Union Minister Nityanand Rai, Giriraj Singh, Bihar State President Dr. Sanjay Jaswal and all the big leaders of Bihar BJP had reached Bochahan to campaign. After the party’s fall, BJP spokesperson Premranjan Patel has given a statement that Amar Paswan should get sympathy votes and we will review the election results, but political analysts believe that there are many big reasons for BJP’s lagging behind.

1. If we look at the caste equation in the Bochan assembly, then Muslim, Yadav and Bhumihar voters are considered decisive in this seat, while Paswan, Sahni, Ravidas and Koiri castes have the ability to influence the result. In fact, the Bhumihar-Brahmin castes have been mobilizing behind the BJP for the last two and a half decades in the politics of the state. The Rajput and Vaish community are also considered to be supporters of BJP in Bihar politics and for them the word ‘brown hair’ has been mentioned in the politics of Bihar. The Bhumihar voter was in an effective role on behalf of this section on the Bochahan reserved seat.

2. The BJP is believed to have neglected its core vote bank in recent years. This happened in the pursuit of expanding the influence of the party to other sections and castes of the society. The displeasure of Bhumihars emerged for the first time in the 2019 Lok Sabha elections. It was said that they were given fewer seats.

3. In the 2020 Legislative Assembly elections, the BJP once again returned to power with Nitish Kumar. But even then the question arose that the Bhumihars did not get their due. Only ‘symbolic representation’ given. As a result, Jivesh Mishra was made a minister. But they also belong to Mithilanchal, so the displeasure of the Bhumihars was not removed and neither were efforts made after that. However, it was definitely indicated by the party that it now needs new social groups.

4. BJP refused ticket to Bhumihar leader Sachchidanand Rai in 2022 MLC elections. He won the Saran seat while standing as an independent defeating the BJP candidate. This sent a big message that if the Bhumihar vote bank leaves the BJP, then it will be difficult for the party.

5. On the other hand, in the MLC elections of 2022, RJD leader Tejashwi Yadav, sensing the displeasure of the Bhumihars with the BJP, bet on them and was seen trying to connect the ‘brown hair’ against the father Lalu Prasad Yadav. The fruits of that political experiment are visible to Tejashwi in the results of the Bochahan Vidhan Sabha by-elections.