This plan of BMW will shake the foundation of competition, 24 new vehicles bringing India in 2022! 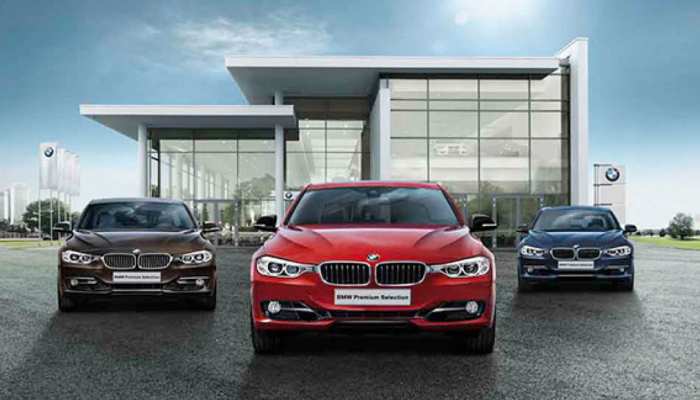 BMW India has come up with a vigorous plan in the year 2022, in which the company has talked about launching 19 new cars and 5 new bikes in India this year. The company is about to start this series of launches with the all-electric i4 sedan that will be brought to India in May.

New Delhi: German luxury vehicle conglomerate BMW expects 2022 to be a ‘big year’ for it in India. A senior official of the company said this. In the first quarter of the current year in India, despite challenges such as shortage of semiconductors, the Ukraine war and restrictions imposed due to Kovid-19 in China, the company’s sales of four wheelers (cars) grew 25 percent and two-wheeler sales by 41 percent. growth has been registered.

BMW Group plans to launch 24 new vehicles in the Indian market this year. Of these, 19 vehicles will be launched in the four wheeler segment. In May, BMW plans to bring the all-electric sedan i4. In addition, the group is in the process of launching five new motorcycles through its BMW Motorrad unit.

The January-March period of the current year has been one of the best quarters in India for the BMW Group. During the quarter, the company’s four wheeler sales increased by 25.3 per cent to 2,815 units. Sales of BMW series sedans and SUVs stood at 2,636 units and mini luxury compact cars at 179 units. The group’s two-wheeler sales grew 41.1 per cent to 1,518 units during the period.

Our sales could have doubled – Vikram Pawah

Vikram Pawah, President, BMW Group India said, “Supply is a bit limited at present. We could have sold more vehicles than this as we have around 2,500 orders for four wheelers and over 1,500 orders for motorcycles. In fact our sales could have doubled.” Asked about the outlook for the full year based on the performance of the first quarter, he said, “The logistics and supply conditions around the world will determine how we perform. We have a good pipeline of orders. If we can accomplish these, it will definitely be a big year for us in India.