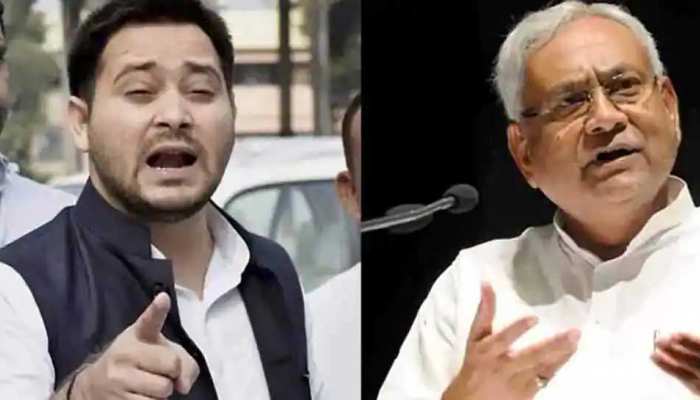 Nitish Kumar’s color seems to be fading in the politics of Bihar. His party’s performance in the elections for 24 seats of the Legislative Council was not very good. In this election, Tejashwi Yadav’s RJD got the second place, surprising everyone.

Patna: The elections for 24 seats of the Bihar Legislative Council have indicated a big change. In this election, Rashtriya Janata Dal (RJD) has spoiled the maths of NDA i.e. National Democratic Alliance. The NDA with BJP has won fewer seats this time than in 2015, which is certainly a setback for it.

Congress got only 1 seat

Elections were held for 24 seats of the 75-member council this year. In which NDA won 13 seats, out of which seven went to BJP and 5 to JDU. Similarly, the Rashtriya Lok Janshakti Party of Union Minister Pashupati Kumar Paras got one seat. Independents got 4 seats in their account and Congress had to be satisfied with just one seat.

Nitish said – all is well

In this election, the RJD led by Lalu Prasad Yadav’s son Tejashwi Yadav won 6 seats, that is, only one less than the BJP. In this way, RJD has become the second largest party in the upper house of the state. The stature of the party has increased this time as compared to the last election. After the declaration of the results, Bihar Chief Minister Nitish Kumar expressed surprise over the defeat of some NDA candidates. But at the same time tried to show that everything is fine and it is not going to make much difference. He said, ‘There has been a reduction in the NDA’s strength in the Legislative Council, but it is not a cause for concern’.

Experts believe that this result may spoil Nitish Kumar’s relationship with BJP in future. In fact, JDU’s performance in the assembly elections had soured their relations with the BJP. In such a situation, ‘things’ may get worse with his party reaching the third position in the Legislative Council. The position of BJP in the ruling alliance is stronger than before. He won 7 of the 11 seats he contested, ie his strike rate was more than 60%. While JDU tried its luck on 12 seats, but the victory was destined only on 5. In this way his strike rate was less than 50%.

The important thing is that in the 2015 elections, BJP and JDU together captured 20 of these seats. The BJP had won 12 seats then and Nitish got eight. At that time, RJD had to be satisfied with just 2 seats. However, JDU and BJP were not in alliance in 2015. The JDU had contested the elections as part of the RJD’s grand alliance.

Election was postponed due to COVID

This time voting for 24 seats was held on Monday. Around 1.32 lakh voters decided the fate of 185 candidates at 534 polling stations. These 24 seats fell vacant in July last year, but the election had to be postponed due to the COVID-19 pandemic. These included 5 seats that fell vacant before the end of their term, either due to the death of the Member of Legislative Council (MLC) concerned or their election to the Legislative Assembly.