Tiger State holds its own identity for Balaghat tigers in Madhya Pradesh. Unique efforts are being made these days to take this identity to the young generation and to explain its importance. On the initiative of the municipality, replicas of Munna Tiger and Mushroom have been prepared from plastic waste in Moti Garden of the city. Munna Tiger (T-17) of Kanha National Park has been famous. In fact, the Municipality Balaghat has started a campaign to make people aware of art pieces from plastic under the cleanliness campaign.

This art piece has been created by artist Rani Madame of Lanji. This art work made from waste plastic is the first artwork of his career. 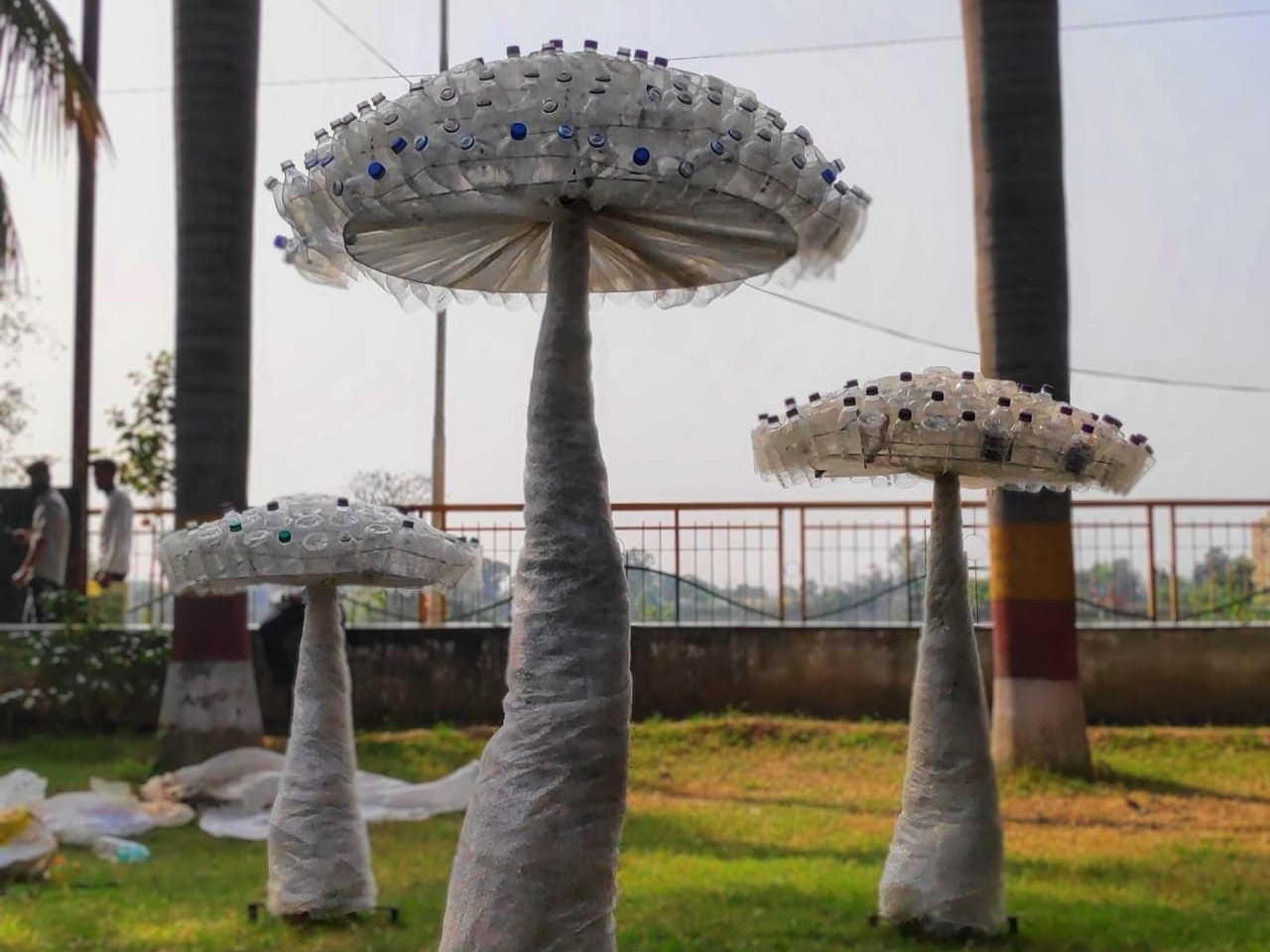 Mushroom replica made from waste plastic.

Lanji’s artist Rani Madame, who studied Bachelor and Master of Fine Art in Sculpture from Khairagarh University in 2021, told that it took her about two weeks to make a replica of Tiger and Mushroom in Moti Garden. For this, about 5 quintals of waste polythene and 4 to 5 thousand defective plastic bottles have been used, which was contaminating the environment lying in the garbage heap.

Used to wait long for a picture of Munna

Tourism Promotion Council member Ravi Palewar told that the tiger named Munna was the identity of Kanha National Park, which died after old age. It was told that it was also to be known as T-17 and Big Daddy. The special thing is that to take a picture of Munna, big photographers of the country and abroad had to wait a long time for a good angle.