Alia Bhatt’s half-brother will not be able to enjoy the marriage of the actress, will do this work 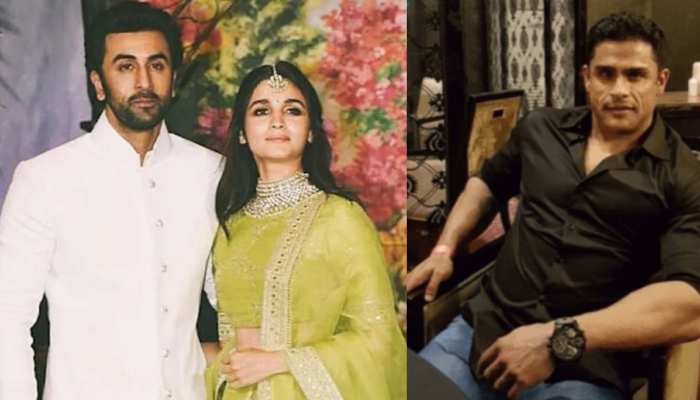 Ranbir Alia Wedding: The wedding preparations of Ranbir Kapoor and Alia Bhatt are going on in full swing. The paparazzi present near RK House are constantly sharing videos from there. Meanwhile, Alia’s half-brother Rahul Bhatt…

New Delhi: The discussion about the marriage of Ranbir Kapoor and Alia Bhatt is everywhere. Fans are trying to know when this couple will take seven rounds. Confusion persists regarding the dates of the wedding. Sometimes the date of marriage is being told as April 17 and sometimes April 14. But seeing the amount of commotion around RK House, it seems that this marriage will definitely take place and a member of the Bhatt family has also stamped it.

200 bouncers will be present

Alia Bhatt’s half-brother Rahul Bhatt made many revelations about marriage in a recent interview. He told that Yusuf Bhai has taken over the responsibility of security in the marriage of this famous couple. Mumbai’s best security force ‘9/11’ agency belongs to him. He has been hired for security in marriage. Around 200 bouncers have been called from this agency. Rahul further told that 10 boys will also be sent to his team.

how will the bouncers be

Rahul Bhatt said about this that a special requirement was kept by the actors and their families regarding the security guards. In which it was said that his personality should be good, so that he can look impressive. Must be Diplomatic, English speaking, very polite and non-smoker. Guards will be deployed at both RK Studio and Vastu in Chembur.

Drones will be monitored

But let us tell you that no official statement of the marriage of both has been revealed. Rahul Bhatt has revealed that countermeasures of drones will also be involved in this wedding. Roving Patrol officers will be kept with every guest. There has been a lot of planning regarding security. Rahul said that he will also look after the security and will fulfill the duty of a brother. Also, Rahul Bhatt told that he will not go to the wedding to play songs. He is a bodybuilder, so he will be seen as a bouncer and will fulfill every duty of being a brother in his sister’s wedding.