Home / all / This actor forgot everything while doing bedroom scene with Dimple Kapadia! Did something like that…

This actor forgot everything while doing bedroom scene with Dimple Kapadia! Did something like that… 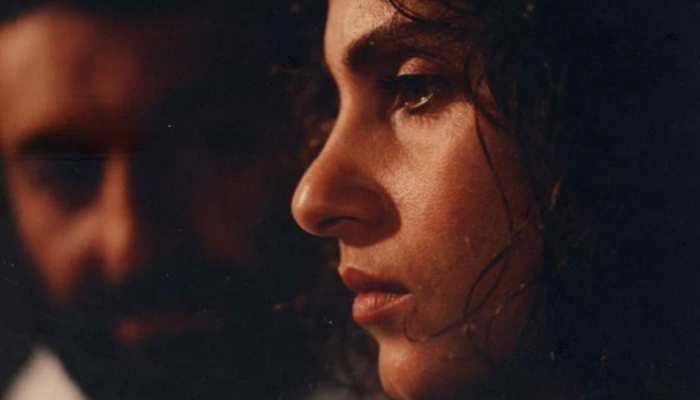 An anecdote from the film set of two Bollywood actors went viral. Dimple Kapadia was shooting when her co-actor became uncontrollable while doing the bedroom scene. He did something such that Dimple got scared and started crying bitterly.

Vinod Khanna Dimple Kapadia Intimate Scene Controversy: Thousands of films are made every year in Bollywood and along with these films there are many interesting stories related to the cast. Today we are going to tell you about a very old story, due to which there was a lot of uproar. It is a matter of 1992, when actress Dimple Kapadia was shooting for the film ‘Marg’. During the shooting of an intimate Beroom scene in the film, Dimple’s co-stars became uncontrollable and kept kissing Dimple even after director Mahesh Bhatt shouted ‘cut’. He did something that even Dimple Kapadia got scared and started crying. Let’s know about this whole story..

This actor forgot everything while doing bedroom scene with Dimple Kapadia!

If you are wondering which actor we are talking about here, then let us tell you that Vinod Khanna, the lead of the film ‘Marg’ is being discussed here. Vinod Khanna forgot everything while doing an intimate scene with actress Dimple Kapadia and did not leave Dimple even after Mahesh Bhatt shouted ‘cut’.

Vinod Khanna continued to romance even after ‘cut’

Actually something happened that Vinod Khanna, who arrived on the shoot of the film ‘Marg’ from the shoot of another film, was explained by director Mahesh Bhatt to the scene in which he had to kiss Dimple Kapadia. Had to hug and then go to sleep. After one take the director said that one more take would be taken in which there should be more intensity. For this Mahesh Bhatt got away a little and then from afar he shouted ‘action’.

Vinod Khanna kissed Dimple Kapadia and then hugged her. After this Mahesh Bhatt shouted ‘cut’ but Vinod Khanna was so lost in the scene that he could not even hear the director’s voice. Dimple was also shocked along with Mahesh Bhatt and scared she sought the director’s help. Then he got the scene cut by sending his assistants. Dimple Kapadia was very scared after this and went to the make-up room and cried a lot.

Later, Mahesh Bhatt interrupted Vinod Khanna for this and had to apologize to Dimple Kapadia. Dimple was convinced by Mahesh Bhatt that Vinod was a drunk that day.

You read this news on the number 1 Hindi website of the country.

Amit Shah’s taunt on some journalists

The fees you pay for an nyc escorts aren't the only thing you'll have to think about.