Pakistan: Who is the Majeed Brigade of Balochistan, which is fearing Pakistan and China 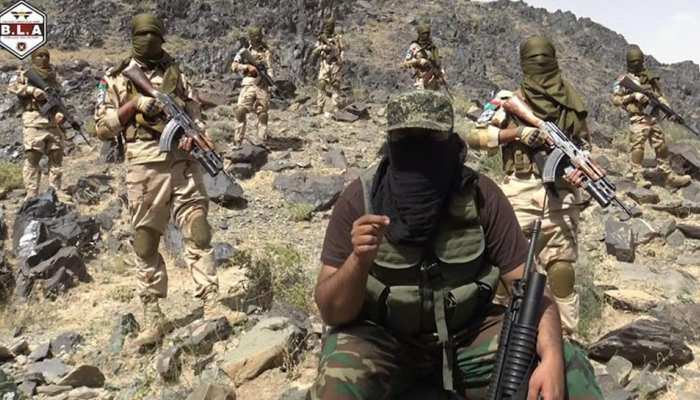 Majeed Brigade of BLA: Pakistan and its evergreen friend China are in the shadow of fear these days. He is always afraid of attack from the rebels of Majeed Brigade.

Majeed Brigade of BLA: Four people were killed in a suicide bombing in Karachi, Pakistan on Tuesday. Among the dead were 3 Chinese and a Pakistani national. The attack was carried out by a suicide woman bomber.

After all, who is Majeed Brigade?

After this bomb blast of Karachi, once again the name of the dangerous Majeed Brigade has come up. After all, who is this Majeed Brigade, which has stifled the nose of China and Pakistan. Why are both the countries not able to control this brigade even after spending hundreds of security personnel and billions of rupees of treasury. Is this brigade going to be the reason for another partition of Pakistan?

Today we are going to give you the answer of all these things. Before that, let us tell you that this Majeed Brigade has taken the responsibility of the Karachi bombing and the female suicide bomber who was killed was an active member of this brigade.

Majeed Brigade is the special wing of BLA

Now let us tell you who is Majeed Brigade. This is the special wing of the Balochistan Liberation Army (BLA) fighting against Pakistan for the independence of Balochistan. This wing was established by the BLA in 2011. This wing was named after two real brothers Majeed Lango and Majeed in the Mangochar area of ​​Balochistan. Both the brothers were killed while fighting against Pakistan. To honor his bravery, BLA chief Ustad Aslam Baig named this brigade as Majeed Brigade.

There is a trend in committing suicide attacks

The BLA has formed several brigades to attack Pakistanis and Chinese, with which hundreds of Balochistani youth are associated. The rebels of the rest of the brigade disappear in a guerrilla style attacking Pakistani soldiers. But the volunteers involved in Majeed Brigade do not do this. Instead, they are trained to carry out a suicide attack and complete the task of the enemy.

According to BLA’s second chief, Bashir Jeb, “the difference between the Majeed Brigade and the rest of the insurgents is that the guerrillas are trained to attack and escape safely, while the brigade’s suicides are trained to achieve their goals at the cost of their lives.” is trained for. In which physical endurance training is also given for long resistance.

Multiple attacks against Pakistan and China

Where the rest of the units of the organization carry out their operations against the Pakistani army in the mountainous areas of Balochistan. At the same time, the rebels of Majeed Brigade have successfully carried out their attacks in the urban areas of Pakistan. Apart from the Pakistani army and government, there is also China on the target of Balochistani insurgents.

They are angry with China that it is grabbing their land without taking the consent of the Balochistan citizens. He says that Pakistan has handed over many areas, including Gwadar, to China by forming CPEC. Due to which their rights on their own land are being snatched away.

May it not become the reason for another partition of Pakistan

Since the rebels involved in the organization go missing in the mountains after the attack. Therefore, it remains difficult against the Pakistani Army and China to run an operation against them. This is the reason why this organization is slowly becoming a big problem for both of them. It is believed that if this situation continues, then one day these rebel organizations of Balochistan can also become the reason for another partition of Pakistan.