The shark came swimming, swallowed it on seeing the camera and then saw something like this inside the mouth 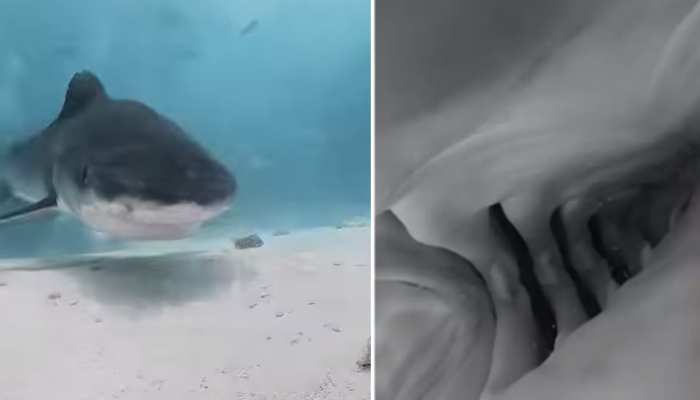 Viral Video: Thousands of videos are viral on social media every day, but among them such a video of shark is going viral, after seeing which you will be surprised.

Shark Viral Video: The most dangerous creature in the sea is called shark and it is not everyone’s thing to see it. Because of this, photographers use different types of equipment to take their picture. Recently, a video has surfaced that will surprise you. Have you ever heard that the shark tried to eat the camera? If not, then let us show you a video, which will surprise you. Over the years, shark experts and photographers have captured stunning images of prey attacking or jaw-dropping.

A famous wildlife photographer named Euan Rannachan has captured a video that will blow your mind after seeing it. Yuan often shares shark photos with netizens. In the year 2019, he captured a picture that we saw in the 1975 Steven Spielberg film ‘Jaws’. He took many great pictures of White Shark three years ago, which are going viral even today.

Ranachan was inside a cage only a few feet away from the shark when he managed to get the right picture. It can be seen in the video that the shark suddenly appears on a camera inside the sea and then it turns around and comes back. Insta grabs the 360-degree camera with his jaw and then tries to swallow it. The sight that is visible during this time has never been seen before.