After 1,075 years, a rare sight will be seen in the sky this week, 4 planets will be in one line 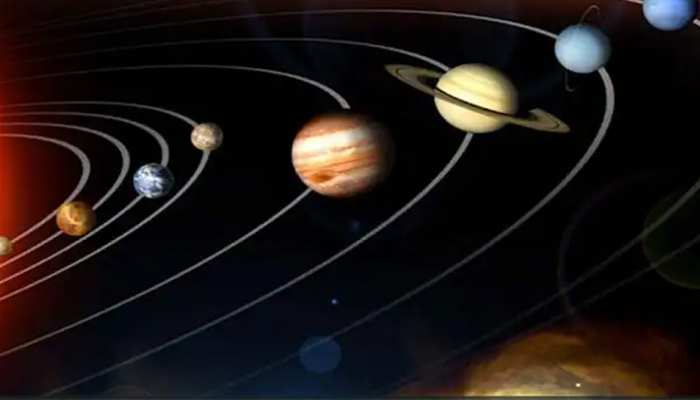 Rare Combination: This week Saturn, Mars, Venus and Jupiter will be in a row. This rare sight can be seen with open eyes. This rare combination will be visible in the eastern sky one hour before sunrise.

Space Science: This week a very rare coincidence is going to happen in the universe, which can be seen with open eyes. This week Saturn, Mars, Venus and Jupiter will be in a row. Earlier this sight was visible in 947 AD. This rare coincidence can be witnessed in the eastern sky an hour before sunrise.

one hour before sunrise

Dr. S. Pattnaik, deputy director of the Pathani feudal planetarium planetary parade, told that Saturn, Mars, Venus and Jupiter (Saturn, Mars, Venus & Jupiter) will be in a row in the parade this week. Earlier this rare combination happened in 947 AD. It can be seen with the naked eye. This combination will be visible in the eastern sky one hour before sunrise.

Saturn, Mars, Venus&Jupiter will align in a parade this week. It’s a rare combination, same took place in 947 AD*. It can be seen with naked eye. Will appear in eastern sky before an hr the sunrise:Dr S Pattnaik, Dy Director, Pathani Samanta Planetarium on planetary parade(26.04) pic.twitter.com/5ifIq138ag

This country can become a witness

The countries of the Northern Hemisphere ie the upper part of the Equator Line will be able to see this beautiful sight. This sight can easily be seen in India too. However, the only condition is that the sky is pollution free at that time. If you want to witness this rare moment, you have to look up to the sky in the east direction before sunrise.

At the same time, the Jet Propulsion Laboratory says that the alignment of the planets in this way does not mean that all these planets are going to come very close to each other. They will still remain billions of kilometers away from each other in space. Actually, this astronomical situation is arising because the Earth is constantly rotating in its orbit while revolving around the Sun and because of this, the positions of other planets are changing from month to month.